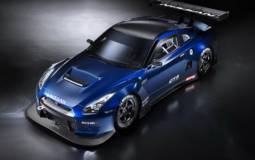 An initial photo accompanied by preliminary information regarding the Nissan GT-R R35 NISMO GT3 have recently been released.

Compliant with the FIA GT3 regulations the Nissan GT-R R35 NISMO GT3 has been jointly developed during 2011 by NISMO and JR Motorsports (JRM), and has already been tested during three competitive outings.

Its power comes from a 3.8-litre twin-turbo V6 capable of producing 530 PS at 6,400 rpm via a 6-speed transaxle which spins the rear wheels through a semi-automatic paddle-shift system. 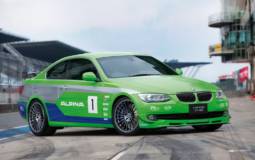 The Germans tuners from Alpina have been quite busy as besides presenting the new B6 BiTurbo Coupe, they have also introduced the Alpina BMW B6 GT3.

This second creation will be seen these days at the 2011 Tokyo Motor Show, with some of its upgrades including a titanium sports exhaust from Akrapovic, a set of high performance brakes, an adjustable suspension and improved aerodynamics through the addition of a carbon front splitter and a rear diffuser. 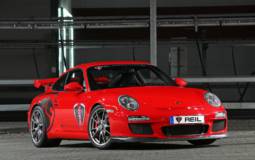 REIL Performance, a company in connection with MR CAR Design has developed a series of performance upgrades for the Porsche 911 GT3.

These include revised engine electronics through chip-tuning and a specially designed Akrapovic exhaust system which both help the German performance coupe deliver a total of 455 horsepower.

The Porsche 911 GT3 by REIL Performance has also been equipped with a damper control system, which is something almost indispensable for a car like this, while its suspension is now even lower than the one on the series version. 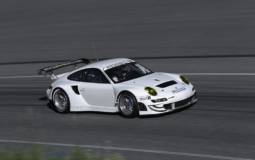 Porsche has unveiled photos and details with next year’s season 911 (997) race car. 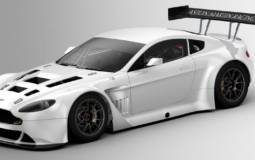 Aston Martin is introducing its next race car, which they call the natural successor to the enormously successful DBRS9 – the 2012 Vantage GT3.

Powered by a modified version of the 6.0-litre v12 engine from the production version V12 Vantage, the 2012 Aston Martin Vantage GT3 is expected to produce no less than 600 HP and 700 Nm of torque which will be sent to the wheels via a Xtrac 6 speed sequential gearbox with semi-automatic paddle shifters. 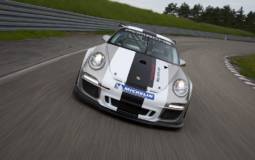 Porsche has updated ‘the most successful race car on earth’ – the 911 GT3 Cup which according to them, will be suitable for competing in a wider range of endurance races in 2012.

Based on the road going version 911 GT3 RS (997) ,this 2012 spec model is now featuring a 100-litre FT3 fuel tank filled through a gap in the front bonnet, while the engine remains unchanged. This means the new 911 GT3 Cup will continue to convert 450 bhp into noise via a race exhaust system with controlled catalytic converter that helps keep emissions at the lowest possible levels. 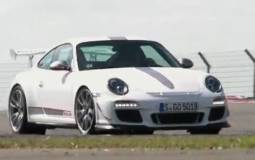 One exemplar of the limited edition GT3 RS 4.0 has arrived in the hands of journalists at AutoExpress, who took it to Silverstone in order to create a proper review for a car that combines all of Porsche’s race and road-car knowledge.

With only 600 units available worldwide, the Porsche GT3 RS 4.0 is one of the most engaging road-cars money can buy, with power delivered by a 4.0-litre 6-cylinder engine rated at 493 bhp and 460 Nm of torque. 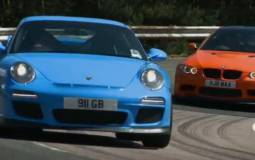 Autocar has taken the most hardcore version M3, the 2011 BMW M3 GTS at Millbrook’s Hill Route proving ground to see if it is faster than a 2010 Porsche 911 GT3. 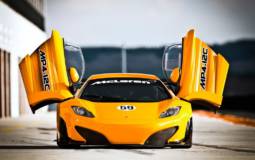 McLaren Automotive is offering detailed specifications regarding the MP4 12C GT3 racer, a car born from the collaboration with McLaren Racing and CRS Racing which features F1 technology and has been homologated for competing in 2012.

Built for the FIA GT series the McLaren MP4 12C GT3 has been extensively tested at the Navarra circuit in Spain, while the first official debut was at Silverstone in UK.

Besides the numerous motorsports derived adaptations which include a more aerodynamic body (fully made from carbon fiber), a stripped down interior, upgraded brakes and suspension, improved steering and weight distribution, the McLaren MP4 12C GT3 has also received a Formula 1 steering wheel mounted with paddle shifters that operated the 6 speed sequential transmission. 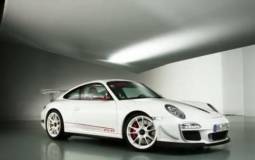 Hours after the official details for the Porsche 911 GT3 RS 4.0 have been released, EVO magazine has published a video in which Andreas Preuninger, head of High Performance Cars at Porsche talks about this new limited edition model.

The exclusive interview was done by Chris Harris, a long time Porsche fan and owner of a GT3 RS, so besides the official figures that were mentioned in our previous post, we also get to find out a series of other interesting facts.