Hours after the official details for the Porsche 911 GT3 RS 4.0 have been released, EVO magazine has published a video in which Andreas Preuninger, head of High Performance Cars at Porsche talks about this new limited edition model.
The exclusive interview was done by Chris Harris, a long time Porsche fan and owner of a GT3 RS, so besides the official figures that were mentioned in our previous post, we also get to find out a series of other interesting facts.
Despite its extreme level of performance (500 HP at 8250 rpm and 460 Nm of torque at 5750 rpm), Andreas says the GT3 RS 4.0 remains extremely usable on a daily basis, as he already drove the car for a couple of months. Also in typical Porsche fashion, the Stuttgart based sports car manufacturer does not want to show of some of the weight saving measures that have been taken in order to increase the power to weight ratio. For example the carbon fiber fenders and bonnet are painted simply because visible carbon fiber needs a lot of treatment and weights a little bit more than fainted carbon fiber.
Another feature on the Porsche 911 GT3 RS 4.0 are the two winglets mounted on each side of the front bumper. These winglets increase the downforce on the front axle by around 15 percent, and together with the inclined rear wing create aerodynamic forces that add around 190 Kg to the car, and make the GT3 RS 4.0 stick to the road at high speeds.
Porsche 911 GT3 RS 4.0 Presentation Video 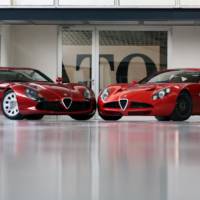 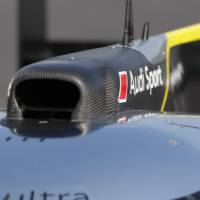