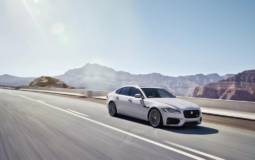 Jaguar has officially unveiled the all-new XF. The car will be showcased during the 2015 New York Auto Show, the event which will kick off on April 2. Surprisingly or not, the Jaguar XF looks like an enraged XE but the British car manufacturer says a few interesting facts. 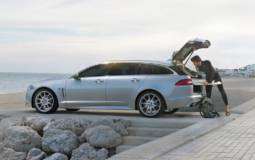 Jaguar decided to officially present the new XF Sportbrake ahead of the public premiere at the Geneva Motor Show.

This new variant which is based on the XF platform is just 5 mm longer than the saloon, with only 70 Kg of extra weight added, and a chassis structure that matches the strength of the regular XF. Its exact dimensions are 4,966mm in length and 1,877 mm in width, with a 2,909 mm long wheelbase and a load volume of 550 litres with the rear seats up, expandable to 1,675 litres with the rear seats folded. 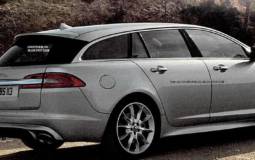 Another model added to our list of leaks happening ahead of the 82nd edition Geneva Motor Show is the 2013 Jaguar XF Sportbrake.

These photos seem to be scans of a presentation brochure, and even thought they are not in hi-res, they are clearly revealing the rear-end design of this Audi A6 Avant and BMW 5 Series Touring competitor.

In one of the photos we also get a peak at the Sportbrake’s generous luggage compartment and the flat surface that is created when the rear seats are folded. 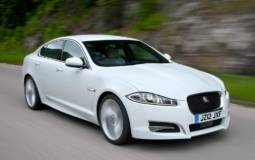 Jaguar has launched two new models that expand their XF range, and we are talking about the SE Business the the Sport editions. These new versions were launched in the same the XF was named ‘Executive Car of the Year’ by BusinessCar.

The Jaguar XF SE Business comes fitted with a 163 PS 2.2-litre Diesel engine under the hood and extra equipment such as HDD satellite navigation and a 7-inch touchscreen display. 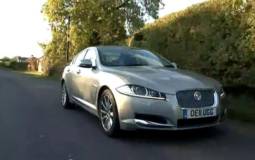 FifthGear wanted to see what the fecelift version 2012 Jaguar XF is all about, with their attention directed mainly at the model’s new 2.2-litre Diesel engine. They were so interested in testing this version because Jaguar claims this 4-cylinder 2.2-litre turbo diesel is the most efficient engine the automaker has ever made. 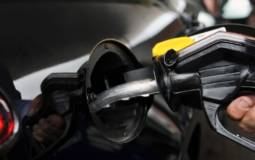 In order to prove just how fuel efficient the 2012 Jaguar XF 2.2-litre diesel is, the British car maker has taken the new saloon on a journey from Birmingham to Munich.

The trip was conducted by independent tester David Madgwick who drove the 2012 Jaguar XF 2.2 accompanied by Alexander Madgwick. They managed to cover the 816 miles distance between the two cities, on a single fuel tank, which means they averaged 57 mpg (UK rating) and consumed 64-litres of diesel. 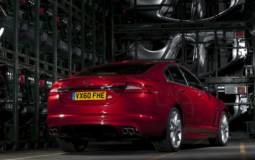 Jaguar’s facelift version compact saloon, the 2012 XF has premiered at the 2011 New York International Auto Show, with the company realising photos and already specifying pricing for the British market.

According to the automaker, the 2012 Jaguar XF draws its inspiration from the XJ, and features an all new front end with slim new headlights incorporating distinctive LED lighting strips, a revised grille sitting more upright, a new bonnet, a redesigned bumper and new tail lamps with new LEDs. 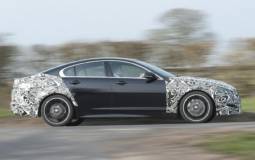 Upon providing two photos with the 2012 Jaguar XF still wrapped up in camouflage, the British automaker has also informed us that this upcoming facelift generation will be debuting a new 2.2-litre diesel engine capable of generating 190 PS and 332 lb-ft of torque.

This 4-cylinder 16-valve common rail plant installed in a north-south configuration will also enable the 2012 Jaguar XF 2.2 Diesel to return combined fuel economy figures of 52.3 miles per gallon and have CO2 emissions of 149 grams per Km. 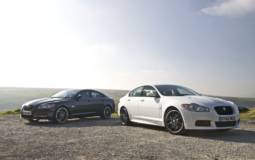 Jaguar is introducing a new styling kit for the XF sports saloon called the Black Pack, which applies to the XF Diesel S and the 5.0-litre naturally aspirated petrol and XFR models.