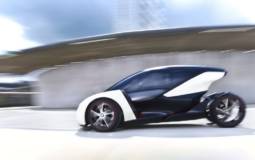 Opel / Vauxhall have publishes a few initial photos with their unnamed 2 Seat Electric Car Concept, scheduled to premiere at the 2011 Frankfurt Motor Show next week.

The concept is basically following the same principles as Audi’s Urban Concept, considering its compact design is intended to ‘revolutionise urban transport’ and the fact that power is provided by a battery pack which is expected to enable a driving range of around 60 miles. 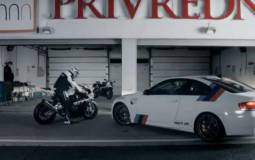 The Bavarian manufacturer is promoting two of its best products through another display of speed in which it pits the BMW M3 coupe against the BMW RR bike.

Both the M3 and the RR start on opposite sides of the track and naturally whoever catches the other one is faster. It might sound like a no brainer but we’ll just go ahead anyway and remind you some of the facts regarding vehicles using 2 wheels and 4 wheels. 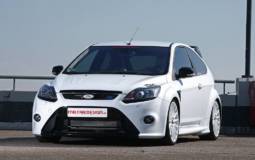 Erftstadt based tuner MR Car Design has prepared an upgrade program for an already capable hot hatch, the Ford Focus RS. The German tuner claims they have developed this new kit in order to make the Focus RS have the upper hand when put against competitors like the Audi RS3 Sportback and the BMW 1 Series M Coupe.

In order to accomplish their plan, MR Car Design has dialed up the output on the Ford Focus RS from 305 HP to 360 HP. This was done by fitting a custom made exhaust system with a downpipe and a 200-cell catalytic converter, a new air filter from K&N plus the engine’s management system has been further optimised through a new software. 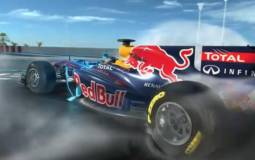 As you know FIA has allowed the use of KERS in the 2011 season of Formula 1, along with drivers having the ability of adjusting the position of the monopost’s rear wing in order to reduce drag. In this next animation video created by Red Bull Racing, Mark Webber explains how these two features may aid in the driver’s overall strategy of winning the race.

The KERS (Kinetic Energy Recovery Systems) allows storage of the energy generated upon braking into a battery pack. When these batteries are charged the F1 driver can send an additional 80 bhp to the back wheels by the push of a button. This boost can be used in small doses or all at once in both defence and attack strategies. 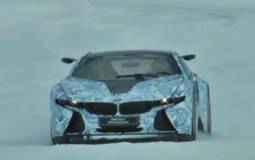 BMW has recently introduced the ‘i’ sub-brand which according to the Bavarian automaker, will be reserved for hybrids, rage extended and full electric models. The first model that will be featuring the ‘i’ badge will be the BMW i8, a plug-in hybrid sports car which has recently appeared in a series of spy videos taken during winter testing in Northern Europe.

According to various sources the BMW i8 hybrid sports car will be powered by a small gasoline engine linked with two electric motors, while a 6-speed double clutch transmission will be responsible for putting spinning the wheels. 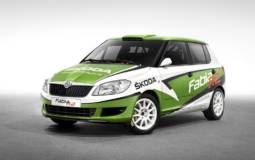 Czech automaker Skoda has launched the 2011 Fabia R2, a motorsport derived model for broad use in the rally category R2.

According to the company, the 2011 Skoda Fabia R2 has been extensively tested and prepared for rallying for almost two years, featuring important upgrades to the engine, chassis, axle kinematics and gearbox when compared to the standard model. 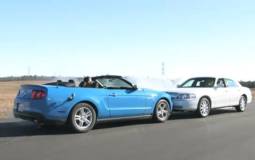 The journalists from Car and Driver have created an unusual comparison test which involves four rental cars competing for ‘gold’ in the ‘rental-car Olympics’.

The four stages in which the rentals are involved are probably way different than what you expect, and these are Sumo Wrestling, Burnouts, Reverse Race, Skid Plate Donuts and Parking Brake Assisted Parallel Parking. 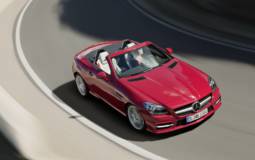 Daimler has announced the 2012 Mercedes SLK price, as their third generation roadster goes on sale starting from March 26th. 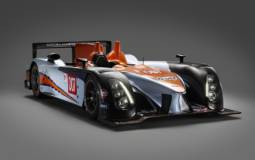 Aston Martin Racing has unveiled their new AMR-ONE LMP1, a race car which was developed from the ground up and which is in accordance with the new regulations for 2011. 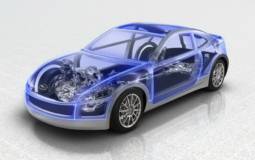 As the Geneva Motor Show has officially opened its doors to members of the press, Subaru released more details regarding the BOXER Sports Car Architecture which against all odds points at the automaker’s upcoming rear wheel drive sports car that will extract power from a 2.0-litre naturally-aspirated 4-cylinder Horizontally-Opposed Boxer engine.

This future model is part of Subaru’s collaboration with Toyota, and the idea of a front engine and RDW layout should not come as a surprise, as it has already been used in the Subaru P-1, the company’s first prototype passenger car.