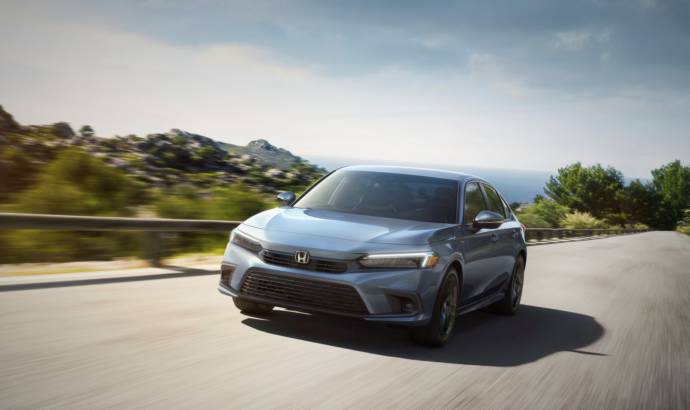 After a long wait, the all new Honda Civic gets a new generation. For the moment, only in the US, but the changes seen here will influence the European model also.

As Honda’s longest-running automotive nameplate, Americans have purchased more than 12 million Civics since 1973, making it one of the top three best-selling passenger cars in America over the past 48 years. With sales of more than 1.7 million units over the last five years, Civic has been the No. 1 model in America – car or light truck – with first-time buyers, Millennials, Gen Z and multicultural customers, since the launch of the 10th-gen model in 2015.

Key to the new Civic’s upscale styling was moving the bottom of the windshield pillars rearward by nearly 2 inches (1.96 inches), which elongates its hood for a premium silhouette. This also visually connects the pillar to the front wheel hub, a subtle design element that emphasizes its wheels and tires for a stable, planted stance.

A low beltline with horizontal windowsills and door-mounted side mirrors improve visibility while maintaining the clean lines of the exterior. A sharp shoulder character line carves a gentle arc from the front fender to the taillights, giving continuity to the design. The lower character line carries up from the bottom of the front door, rising across the rear doors, and through the rear fenders for an enhanced sense of motion.

The additional stability provided by its new wider rear track is emphasized by stronger rear shoulders, wide-set LED taillights, and the upswept and aerodynamically efficient trailing edge of its trunk lid.

High-quality materials are used throughout the interior, especially on touchpoints, with close attention paid to the operation of all switchgear and controls. Materials were also chosen with an eye toward practicality, such as the new premium center console trim specifically designed to hide fingerprints and smudges to help maintain a high-end appearance.

LX, Sport and EX grades are equipped with a 7-inch color LCD instrument display similar to that found in Accord. An all-digital speedometer and tachometer are on the left side of the instrument panel, while a physical speedometer dial occupies the right side.

Touring models are graced with Civic’s first all-digital LCD instrument display. Measuring 10.2 inches, the high-definition full-color LCD panel displays a variety of information, all customizable from the steering wheel. The custom modes include showing gauges in a traditional round needle-and-dial, or bar graphs flanking the left and right of the screen. In the middle is a variety of user-selectable information, such as the current music selection and a trip computer, with the center of the display used to indicate the status of various Honda Sensing® safety and driver assistive systems. In a surprise-and-delight feature, the brake lights, headlights and turn signals of the displayed Civic vehicle image turn on and off with those functions.

LX, Sport and EX grades come standard with a new 7-inch color touchscreen, the largest standard screen in Civic history. Functionality is improved by the addition of both a physical power/volume knob and a tuning/selection knob. At the bottom is a row of hard buttons for skipping music tracks, navigating the audio menu, and selecting between phone, radio, Bluetooth or USB media, or a connected smartphone for use with Apple CarPlay and Android Auto.

Like the outgoing Civic, two 4-cylinder engines will be available for the 2022 model: A naturally aspirated 2.0-liter or a turbocharged 1.5-liter. Both are paired with an updated continuously variable automatic transmission (CVT) uniquely tuned for each engine. Power delivery, engine sound, overall refinement and EPA fuel economy ratings of both engines are improved, with the 1.5L also getting a boost in power output. 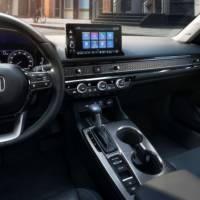 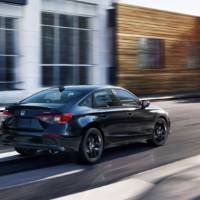 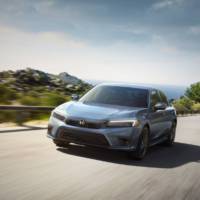 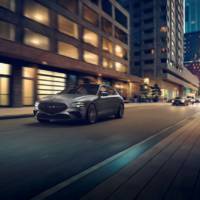 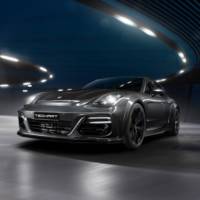 NEXT 03 May 2021
TechArt GrandGT: a supercharged Porsche Panamera