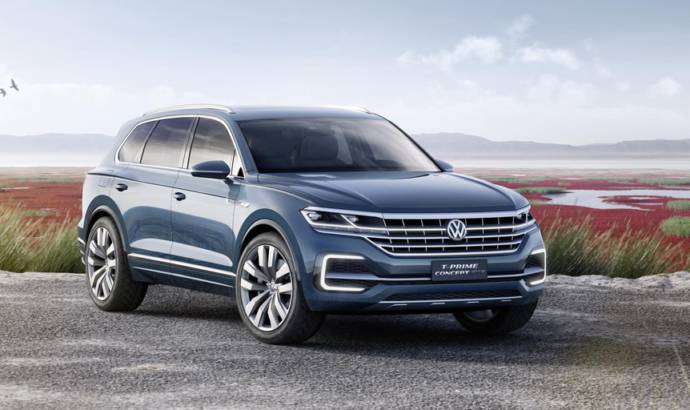 In order to keep its Asian fans close, Volkswagen used this year Beijing Auto Show to unveil the all new T-Prime Concept GTE, previewing the future Volkswagen SUV. Many sources are already talking about the new Touareg, the biggest SUV in Volkswagen range with already a very long career behind.

As its GTE name suggest, the concept car is powered by a 375 horsepower plug-in hybrid drive, incorporating an electric motor, turbocharged gas engine, and battery, which can charge externally or during the drive. With a sufficiently charged battery (14.1 kWh energy capacity) this SUV—like all Volkswagen GTE cars—always starts in the practically silent electric E-Mode. It permits up to 31 miles of zero-emission driving in metropolitan areas.

GTE mode forms an alliance between the electric motor that is integrated into the housing of the 8-speed automatic gearbox and the 2.0-liter four-cylinder turbo engine (TSI). The electric motor develops a power of 134 hp and a maximum torque of 258 lb-ft; the TSI has an output of 248 hp and 273 lb-ft. In boosted GTE mode (kickdown), the full system power and an impressive 516 lb-ft of system torque are available. The T-Prime Concept GTE is equipped with 4MOTION permanent all-wheel drive, which distributes power to the front and rear wheels via the limited-slip differential, which is also integrated into the 8-speed automatic gearbox.

The T-Prime Concept GTE can be driven in three different drive modes: E-Mode, Hybrid, and GTE. The system is designed so that the drive utilizes battery energy first, and so it starts off in E-Mode.

The new Active Info Display of the T-Prime Concept GTE has a 12.0-inch screen. All indicators are virtually implemented in software—such as the power meter that is typical of a Volkswagen with a plug-in hybrid drive and, of course, the speedometer. In the middle, between these two round instruments, all imaginable information can be shown by thematic tiles.

The curved home screen of the 15.0-inch infotainment head unit can be configured by the driver or front passenger. Here, three thematic tiles can be freely arranged on a defined screen grid or can be bundled. Users can fill a large main screen area with a wide variety of content or menu levels, such as two smaller thematic sub-areas. 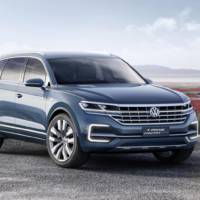 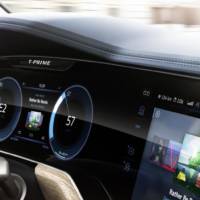 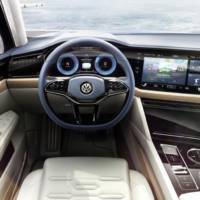 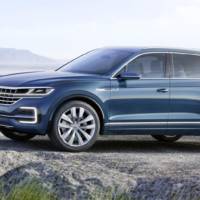 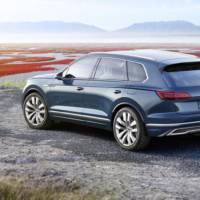 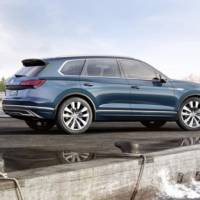 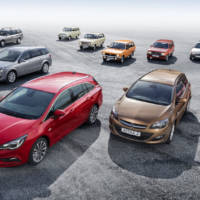 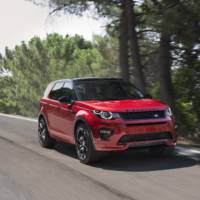