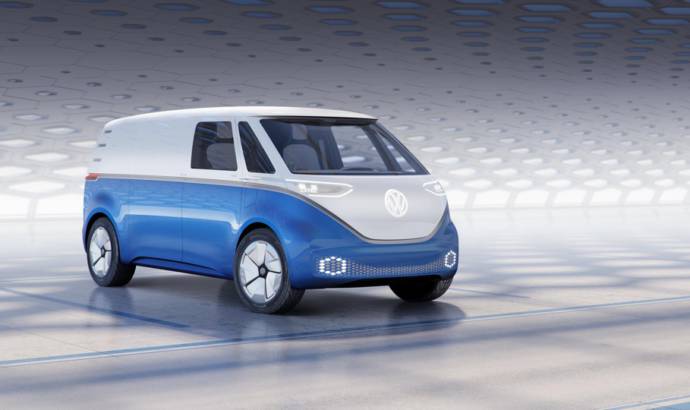 Volkswagen is electrifying its range, but is not concentrating only on its passenger cars. The Germans are also targeting the electrification of their commercial offer. And to anticipate this move, they have unveiled the I.D. BUZZ CARGO.

The most innovative zero-emission transporter of our time could be launched into the market as early as 2021. Meanwhile, the concept vehicle offers a glimpse into the middle of the next decade with its alternative, fully-automated "I.D. Pilot" driving mode (autonomous level 4).

The transporter concept being presented at the IAA Commercial Vehicles in Hannover (20 to 27 September) is a progressive sibling of the I.D. BUZZ. That concept, which was presented in 2017 in Detroit, enthused people around the globe and will go into production starting in 2022. The new I.D. BUZZ CARGO was designed to be just as close to production level. The I.D. BUZZ was developed jointly by Volkswagen Commercial Vehicles and Volkswagen Passenger Cars.

The I.D. BUZZ CARGO concept is differentiated from the people carrying version by a new solar roof, wide-opening rear wing doors and a new rear bumper. With a view towards optimising utilisation of the cargo space with shelving systems, there is no sliding door on the driver’s side – and this is typical of transporters. The front doors and sliding door open electrically.

Unlocking the vehicle from the outside is activated via a sensor solution. The I.D. BUZZ CARGO recognises authorised persons via a digital key which is sent to the van from a smartphone. Instead of the 22-inch wheels of the Detroit concept vehicle, new 20-inch wheels are used with size 235/55 tyres.

The photovoltaic system generates so much energy that it is able to extend the range of the I.D. BUZZ CARGO by up to 15 km a day. So the longer the concept vehicle stands in the sun, the further it can drive later.


The interior has also been tailored for commercial use – down to the smallest detail. From the driver’s cab to the rear, the I.D. BUZZ CARGO exhibits an entirely independent concept. Instead of two single seats, the concept vehicle is equipped with the driver’s seat and a double bench-seat on the front passenger side – a typical commercial vehicle solution. The middle seat can be folded down. This opens up a workplace, at which the driver can take care of organisational matters via an integrated laptop. In the automated "I.D. Pilot" mode this can even be done on the move. 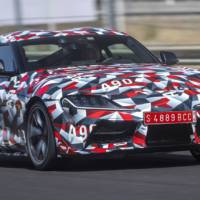 PREVIOUS 23 Sep 2018
Toyota is considering a manual transmission for the new Supra. But only for the RHD markets 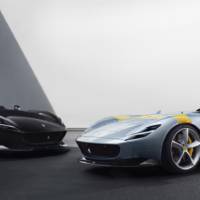