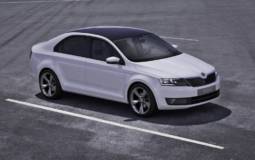 Skoda has just unveiled photos and a few details with the Mission L as the Czech autuomaker’s new concept awaits its official premiere at the 2011 IAA Motorshow in Frankfurt tomorrow.

The Skoda Mission L is a close to production ready concept which previews a future compact model that will hit the European market, Russia and China in 2012. The car is expected to be delivered in India as well in late 2011, and the whole thing is part of the automaker’s growth aspirations. 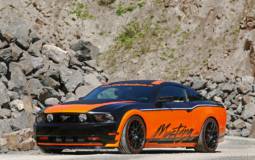 Design World, a tuner based in Sundern, Germany has developed a series of upgrades for the 2011 Ford Mustang.

Their attention was aimed at the 5.0-litre V8 version equipped with the six-speed manual transmission, to which they revised the engine software and added a new air filter featuring an air box.

Instead of producing 412 HP, the 2011 Ford Mustang by Design World is now unleashing 435 HP, so in order to better cope with the extra horses the American musclecar has also received various H&R badged suspension tweaks and a set of 20 inch alloy wheels wrapped in performance tires size 255/35ZR20 at the front and 285/30ZR20 at the rear. 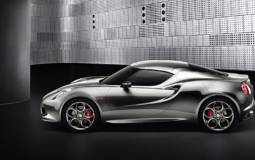 Even though previous reports mentioned the fact that the Italians from Alfa Romeo will bring a new version of the 4C Concept at this year’s IAA Show, the Milano based company announced that the only true difference between the Frankfurt bound concept and the car seen in Geneva last March will be its Fluid Metal exterior colour.

Expected to go on sale in 2013, the 4C Concept represents an ambassador for the DNA Technology, and once the greenline for production will be given, the car will feature numerous technological elements that will underline its compact supercar abilities and will distinguish it as a true Alfa Romeo. 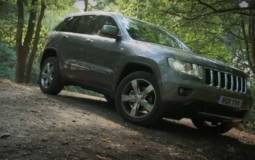 Autocar has published a 90 second review video with the 2011 Jeep Grand Cherokee, a car which comes with major improvements in all areas when compared to the generation it replaces and which sits on the same platform used by Mercedes on the latest M Class. 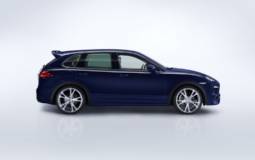 The German tuners from Techart, known for their custom creations that only involve Porsche models, are presenting their latest individualisation program for the 2011 Cayenne SUV.

Called the Aerodynamic Kit I the program consists of sporty elements like a three piece front spoiler with integrated air ducts which help cool the brake system, custom side skirts, a roof spoiler and a modified rear apron which incorporates the diffuser and two reflectors on the sides of the tailgate. 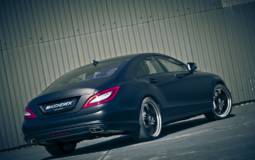 The aftermarket specialists from Kicherer are offering a series of visual and mechanical upgrades for the 2011 Mercedes CLS 500.

They call their end product the Edition Black or The Big Black One, and in standard form the car is already very capable as it is Mercedes’s second most powerful mass produced model after the C63 AMG.

The Kicherer 2011 Mercedes CLS 500 delivers 470 PS and 690 Nm of torque thanks to a software update and a sports exhaust system, so if you do the math, the boost in output is of 92 PS and 90 Nm of torque when compared to the stock version. 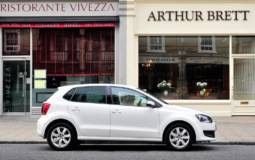 Volkswagen wants to add even greater value for money on the new 2011 Polo by offering the new Match model which replaces the SE and Moda trim levels.

Packed with 650 GBP worth of equipment, the 2011 Volkswagen Polo Match price starts at 11,300 GBP for the 1.2-litre 60 PS manual version, and starting with the exterior, some of the hilights include 15-inch alloys, front fog lights and heat insulating tinted windows. 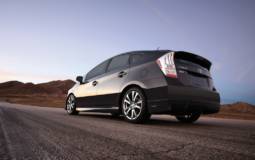 Toyota introduced a new range of accessories aimed at their best selling hybrid, the 2011 Prius. These new elements which are called the Performance Package, were first seen at the 2010 SEMA Show, and they include new front and rear bumper spoilers, sleeker side skirts and new 17 inch wheels wrapped in low profile 215/45R17 tires.

The features mentioned above do not only look sportier, but also reduce the car’s aerodynamic drag coefficient. 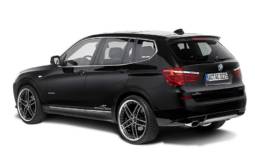 The aftermarket specialists from AC Schitzer are presenting their latest range of accessories available for the new generation 2011 BMW X3.

These include an aero kit composed from a new front spoiler, a rear roof spoiler and protective film for the rear skirt, plus the tuner’s wide range of wheels, which come in numerous designs and sizes and are wrapped in the appropriate tires. 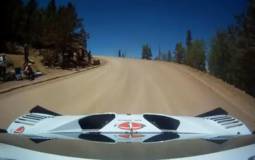 Nobuhiro ‘Monster’ Tajima has improved his personal best and set a new record at the Pikes Peak last week, after his modified, 910 HP Suzuki SX4 has completed the 12.4 mile long course in 9:51.278.

Apart from being the quickest, this is also the first time anyone has ever raced to the top of Pikes Peak in less then 10 minutes, so if you are curious to see how it all looked from behind the steering wheel, then the video below the jump will provide just that.