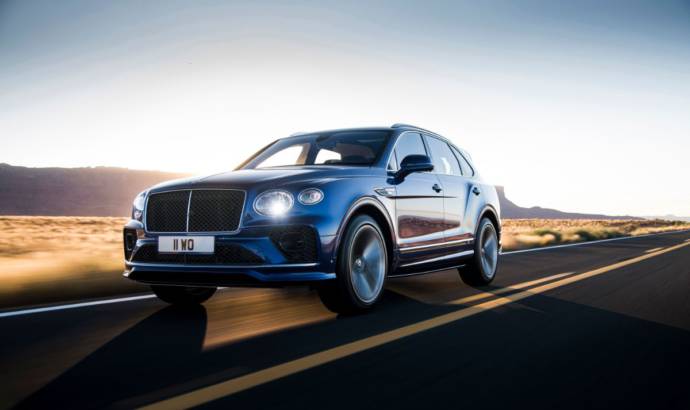 Bentley unveiled the new and revised Bentayga just a few weeks ago. Now its marching towards its most exigent clients with the Speed version.

Hand-built at Crewe, the Bentayga Speed combines the W12 powertrain and many of the models luxurious features as standard, including the Mulliner Driving Specification.

Building on a long tradition of Speed models that was born with the Continental GT in 2007, the new Bentayga Speed maintains the performance credentials proved by its predecessor, which claimed the production SUV record at the gruelling Pikes Peak International Hill Climb in 2018.

The new Bentayga Speed builds on the completely refreshed design of the new Bentayga, adopting the same Bentley design DNA now prevalent across the entire model range. Introducing the very latest onboard technology and an even more cosseting cabin, the new model is significantly revised both inside and out.

The new Bentayga Speed takes the Bentayga’s extraordinary abilities to new levels, utilising the 6.0-litre W12 twin-turbocharged engine that delivers peak power of 635 PS (626 bhp). Effortless acceleration is always guaranteed thanks to 900 Nm (664 lb.ft) of torque, available as a plateau from 1,500 rpm to 5,000 rpm. The assembly of the W12 powertrain takes the skilled engine builders approximately ten per cent of the total hours required for the manufacture of the Bentayga Speed.

SEE ALSO:  Bentley to create music based on your driving style

Efficiency is also an important aspect of such a powerful engine; to achieve effective cylinder deactivation with the complex layout of the W12, the engine control unit deactivates one complete bank of six cylinders as required. Switching between A and B Bank using information from the inlet and exhaust sensors, minimises cylinder and catalytic convertor cool down and avoids spikes in exhaust emissions. This not only benefits CO2 emissions but realises significant economy gains under part-throttle cruising conditions.

In 5th to 8th gears, when the driver releases the throttle (at motorway cruising speed, for example) the car will open the torque converter, dropping the engine to idle and simply allowing the car to roll or ‘sail’. When the throttle is reapplied, or the car starts going downhill and detects an increase in speed, the transmission is re-engaged.

Uniquely in the Speed, the Sport mode has been recalibrated to enhance response from the W12 engine and the eight-speed automatic transmission, together with the air suspension system and Bentley Dynamic Ride. The effect is a more dynamic and engaging drive.

The Bentayga Speed’s optional carbon ceramic brakes are the largest and most powerful brakes available from Bentley, with a maximum braking torque of 6,000 Nm and engineered to withstand temperatures up to 1,000 °C. They also provide a weight saving of more than 20 kg over iron brakes.

17 standard paint colours are supplemented by a further 47 hues in the Extended and Mulliner ranges, with an additional 24 duo-tone options. Customers wanting to go beyond this total of 88 options can have paintwork colour matched to any sample they provide. This exceptional range is complemented by a palette of 15 hide colours, six colour splits and eight veneers and two technical finishes.

Inside, the Bentayga Speed introduces a dramatic design theme that balances luxury and performance in an unrivalled way. The unique Speed colour split is achieved through the use of dark colours enhanced by primary hide accents running throughout the seats and interior trim. Elegantly crafted ‘swooshes’ of contrast leather swipe around the doors, along the edges of the seat cushions and backrest bolsters, and on the lower console.

The Speed colour split also introduces Alcantara to the cabin of the Bentayga, across the seat cushions and back rest centre panels, gear lever, steering wheel, lower knee trim areas, upper pillar trim and headliner. Customers can choose the Leather Specification to instead have these areas trimmed in hide.

‘Speed’ seat embroidery on the backrest of all of the seats is included as standard, and as a no-cost option customers can choose to replace the ‘Speed’ embroidery with that of the Bentley logo. 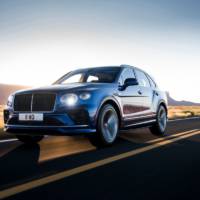 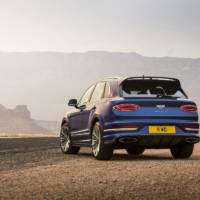 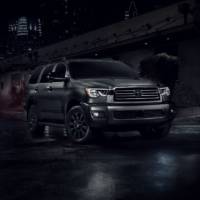 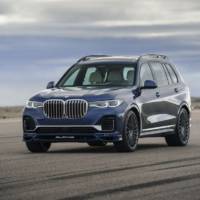