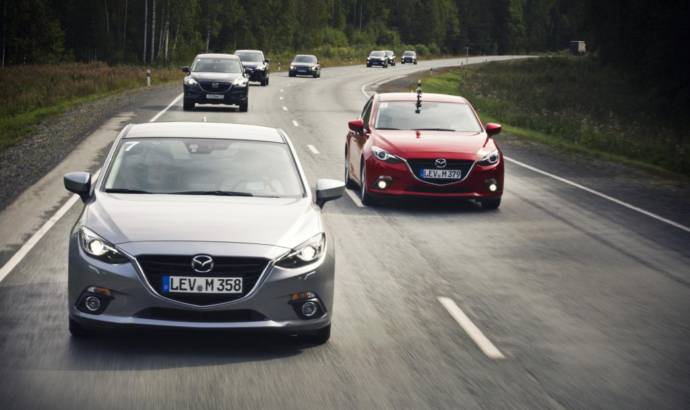 The convention-defying ‘Mazda Route3 – Hiroshima to Frankfurt Challenger Tour 2013’ is complete. After an epic journey of 9,300 miles, the convoy of  all-new Mazda3 hatchbacks crossed the finish line today at Mazda’s European R&D Centre in Oberursel, just outside Frankfurt, right on schedule.

Featuring a KODO exterior design as innovative as their SKYACTIV technology, all the new compacts withstood the expedition fully intact, demonstrating their robust and dependable Mazda genealogy founded on outstanding build quality.  Now, some of the Mazda3 tour cars will be exhibited at the Frankfurt Motor Show which opens on 10 September.

The overland portion of the Mazda Route3 tour began on 3 August, after the cars had been shipped from Japan to Vladivostok.  Starting out from Russia’s Far East, they covered two continents, five countries, nine time zones and some 30 cities.

Crewed by journalists, media and Mazda dealers, the Mazda3 teams took in a variety of sights, including Lake Baikal, the Altai Mountains and the Kungur Ice Caves.  They stood on the border between Asia and Europe, and were escorted on more than one occasion by dozens of Mazdas driven by local fans.  During the final leg, they visited four European capitals – Moscow, Minsk, Warsaw and Berlin.  Everywhere the all-new Mazda3s went, they attracted waves, smiles, friendly curiosity and sometimes even applause.

Hidden potholes couldn’t stop them. Football-sized rocks couldn’t stop them. Nor could overturned trucks, herds of livestock and roadworks one was forced to drive through rather than around. The only thing that could delay two of the Challenger Tour Mazda3s was bureaucracy at the Belarusian border. So if crumbling highways were the primary concern particularly during the earlier legs of the tour, there was no lack of suspense during the later stages, either. Now waiting for the go-ahead to cross the border into Poland and the EU, the two Mazda3 stragglers are expected to resume their journey soon.

Four of the Mazda3s will go on display at the Frankfurt Show – one on Mazda’s stand (B12 in Hall 9) and three more at an outdoor area of the exhibition grounds dedicated to the tour. 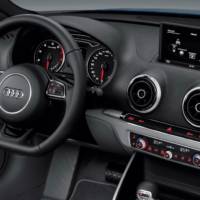 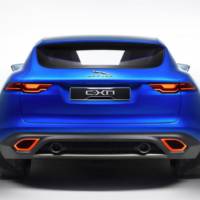