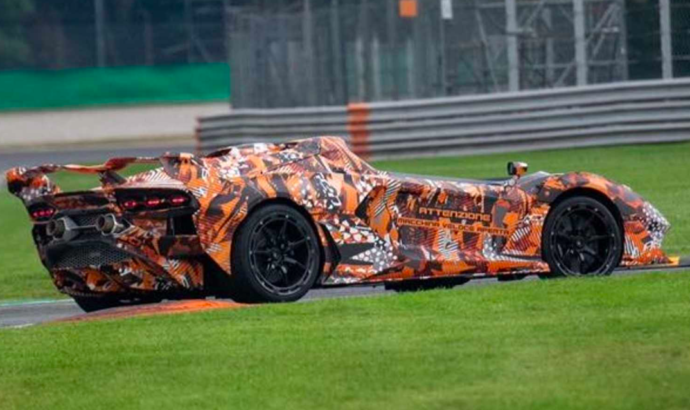 Lamborghini teases a mysterious track car with no roof or windshield

Lamborghini is working hard on a new extreme model. As you can imagine, behind this project are the guys from Lamborghini Squadra Corse, the performance division arm of the Italian car manufacturer.

These days, the Italians have published on their Instagram page a teaser picture with a mysterious prototype. There is no description of this model, aside from the words “Attenzione Macchina Veloce” lettering on the doors.

And judging by this camouflage, we can say a few things. A few months ago, Lamborghini teased the Essenza SCV12 which had the same camouflage and the same lettering on it.

But there’s a catch: the word “Aperta” (open) is also written on the door.  As a result, we can assume that Lamborghini is teasing the roadster variant of the Essenza SCV12.

Also, the prototype pictures here doesn’t have a roof (we can see it being stored somewhere in the back) and also no windshield or rear windows.

This isn’t the first time Lamborghini has come up with a design like this.  The Aventador J, which had the same roof but no windshield, was unveiled by the Italians in 2009. 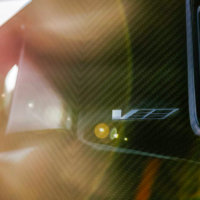 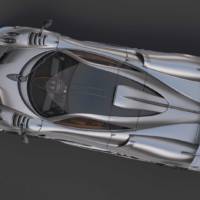