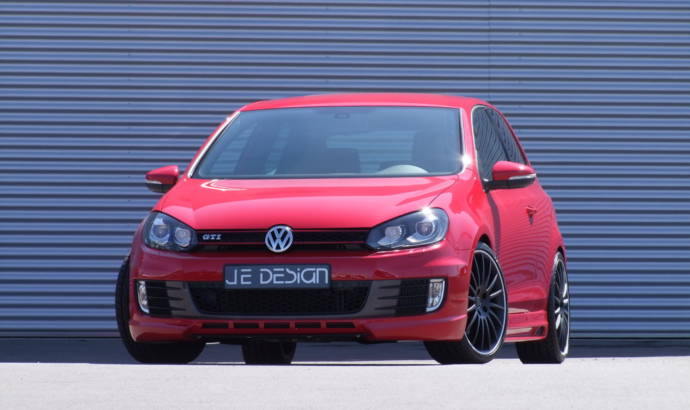 German tuner Je Design is offering a considerable power boost to the Volkswagen Golf VI GTI, which also comes as an alternative to the VW Golf R which costs 36,000 Euros.

To show that this is no ordinary Volkswagen Golf VI GTI, Je Design has also prepared an aero package that also enhances the car appearance and which includes a new front spoiler and carbon-look fins, new side sills, a new rear skirt, and a sports exhaust system with trapezoidal tailpipes.

Pricing for all modifications performed on the Je Design Volkswagen Golf VI GTI are available in the press release below.

Up to now, whoever wanted to get behind the wheel of a 270-hp VW Golf had to invest more than 36,000 Euro in a Golf R . But now JE DESIGN provides the same performance for the Golf GTI. What’s more, the aerodynamics package and the light alloy wheels take care of the individual look, and the new rear silencer provides the sporty sound.
JE DESIGN boosts the Golf VI GTI’s performance by more than a quarter. Instead of 210 hp (155 kW), the 2.0-litre turbo motor now produces a full 270 hp (199 kW). The maximum torque rockets from 280 to 370 Newton metres, and now the Wolfsburg car reaches a top speed of 257 kph, up from its previous 240 kph. From a standing start the JE DESIGN Golf saves half a second and makes it to the 100-kph mark in only 6.4 seconds.

JE DESIGN offers optimisation of the engine control system in their own workshop in Leingarten, Germany or collects the dismantled engine control unit by courier and returns it on the following day. The price of 1549 Euro including VAT even includes a one-year warrantee on the motor, turbo-charger, gearbox and drivetrain. For vehicles less than two years old and which have driven fewer than 100,000 kilometres, an extension for a further year can be arranged for only 199 Euro.

The GTI by JE DESIGN with the self-confident aerodynamics package demonstrates the new performance capability. The new front spoiler with the central, carbon-look spoiler sword is available for as little as 349 Euro. The side skirts for 299 Euro also underline the sporty look and the rear skirt insert in carbon-look for only 249 Euro. On the left and right sides, the trapezoid, stainless steel sports endpipes provide the relevant resonance (899 Euro).

As is normal with JE DESIGN, all components come with a TÜV Certificate so that the modifications can be registered in the vehicle’s documents without further ado. 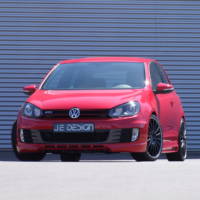 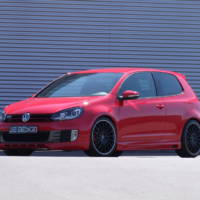 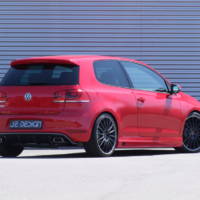 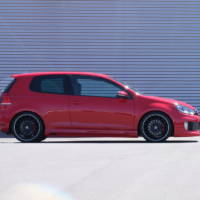 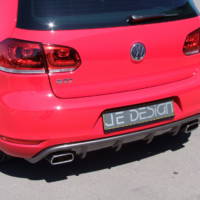 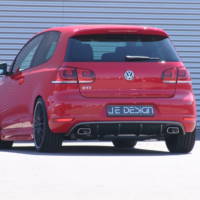 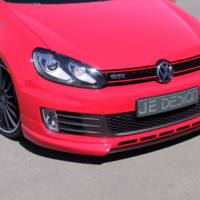 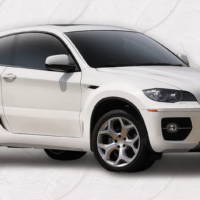 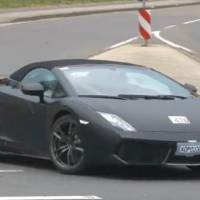