BMW writes a new chapter with the introduction of the new 2 Series. The market launch will get underway at the beginning of 2022 with three model variants initially available. Topping the range will be the all-wheel-drive BMW M240i xDrive Coupe, which is powered by a 374hp six-cylinder in-line engine, while customers will also be able to choose from four-cylinder petrol and diesel versions in the standard M Sport specification.

The new BMW 2 Series Coupe’s boot offers load capacity of 390 litres – a 20-litre increase in primary capacity over its predecessor – and the height of the loading edge is 35mm lower.

The rear end also features a dark shadow rear apron insert, while the exhaust tailpipes on petrol-engined models come in a dual-branch arrangement. The tailpipes are circular on the BMW 220i Coupe and trapezoidal on the BMW M240i xDrive Coupe.

Also part of the standard specification for the BMW M240i xDrive Coupe are M High-gloss Shadow Line trim and 19‑inch M light-alloy wheels. Like the rear apron inlay, its side skirts are also in High-gloss Black. An M-specific boot-lid spoiler painted in body colour and a black diffuser between the exhaust tailpipes optimise the airflow at the rear of the car.

The standard M Sport specification also sends a clear message about the car’s dynamic ability. It includes the powerfully structured front apron with large side air intakes, M High-gloss Shadow Line trim and 18-inch M light-alloy wheels. The side skirts and the lower section of the rear apron with integral diffuser are painted in Dark Shadow metallic.

The flagship model in the 2 Series Coupe range is equipped with the most powerful six-cylinder in-line petrol engine in the core BMW brand engine portfolio. Producing 374hp, the 3.0-litre unit develops 34hp more than the engine in its predecessor. Its peak torque of 500Nm is on tap from 1,900-5,000rpm. The BMW M240i xDrive Coupe accelerates from 0 to 62mph in only 4.3 seconds.

As well as the latest version of BMW TwinPower Turbo technology with twin-scroll turbocharging and High Precision Injection, the four-cylinder 2.0-litre petrol engine of the new BMW 220i Coupe also has a cylinder head with an integrated exhaust manifold. Making its debut in the 184hp unit, this design enables particularly effective exhaust gas cooling, which helps to minimise emissions. It generates 300Nm of torque, enabling acceleration of 0-62mph in 7.5 seconds. 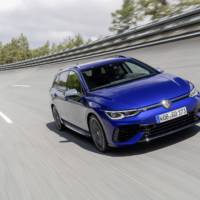 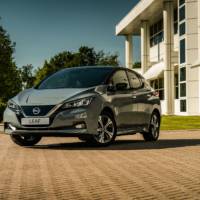