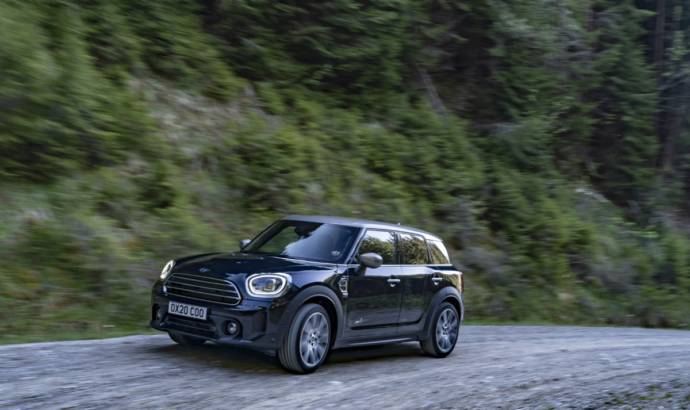 Mini decided to update its weapon for the premium SUV segment. The current Countryman received some new tech and design cues.

The newly designed front and rear bumper coverings, now entirely in body finish, lend a more refined appearance. The redesigned radiator grille features hexagonal contours that are typical of MINI and it is surrounded by a slim-lined, one-piece chrome frame. The grille’s air intake is subdivided by three horizontal struts in the MINI Cooper Countryman. The radiator grill of the new MINI Cooper S Countryman is characterized by a bold hexagonal grid pattern with a red “S” and a single chrome strut.

The redesign of the front fascia now adds LED headlights to the standard trim in the new MINI Countryman: here, the latest version of these lights features a particularly high-quality design that emphasizes the technology used. The distinctive, asymmetrically rounded contours of the headlights are accentuated by a continuous band of light that takes on the function of both daytime driving light and turn indicator.

With its redesigned bumper trim, the rear fascia also enhances the more powerful and contemporary look of the new MINI Countryman. The upright rear lights with chrome frame design evokes the origins of the British brand. All lighting functions now feature high-quality LED technology as standard, while the graphic structure of the light source reflects the pattern of the Union Jack.

The new MINI Countryman combines versatile driving characteristics with a versatile interior. Second row seating for three can be folded to expand cargo capacity. By folding down the rear seat with a 40 : 20 : 40 split, storage space can be extended from 17.6 – 47.6 cubic ft.

The MINI Cooper S Countryman and MINI Cooper SE Countryman ALL4 models now come as standard with Piano Black interior surfaces for the cockpit and door bezels. These are combined with accent strips in the variant British Oak dark. A new version of the highly exclusive MINI Yours interior surfaces is optionally available for all model variants. The optional MINI Yours Interior Style Shaded Silver conveys stylish sporty flair. This is ensured by combining an illuminated cockpit bezel in the variant Shaded Silver with door bezels in Dark Silver and accentuation strips in Hazy Grey.

MINI TwinPower Turbo Technology is used in the 3-cylinder gasoline engines of the new MINI Cooper Countryman and in the 4-cylinder gasoline engine of the new MINI Cooper S Countryman, and now includes an exhaust manifold integrated in the cylinder head along with turbo charging. Among other things, this ensures highly effective cooling of the exhaust gases and the turbocharging system. At the same time, crankcase cooling can be reduced when demand is low under partial load by means of a new split cooling valve. In addition, gasoline engine direct injection operates at a maximum pressure that has been increased from 200 to 350 bar.

The new 2021 MINI Countryman models are expected to arrive in US showrooms nationwide later this summer. More information on US-specific pricing, options and packages, and EPA fuel efficiency ratings will be made available closer to market launch. 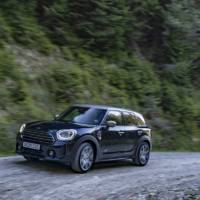 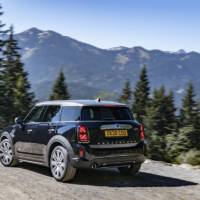 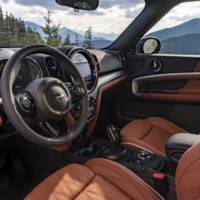 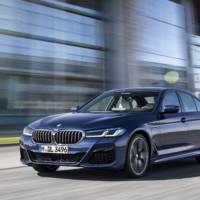 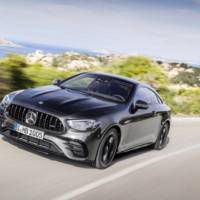 NEXT 29 May 2020
Mercedes-AMG E53 Coupe and Cabriolet revealed