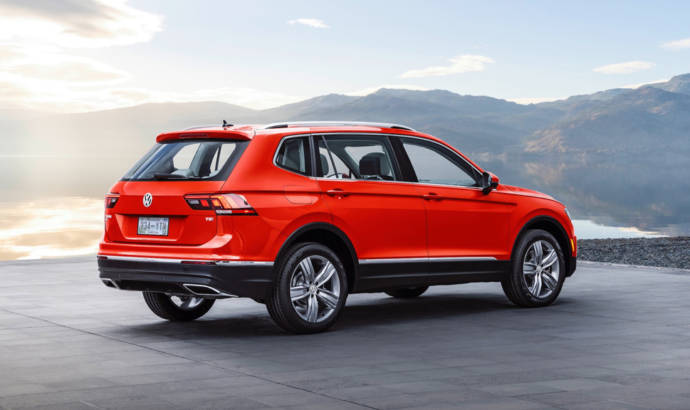 2018 Volkswagen Tiguan long-wheelbase unveiled in the US

After we saw the first photos of the new Volkswagen Tiguan Allspace before New Years Eve, now its time to be introduced to its American brother, called simply Tiguan. Europe has the standard five-seat configuration of the SUV, but China and US receive the seven seat version.

As with the Atlas, the Tiguan is based on Volkswagen’s Modular Transverse Matrix (MQB) architecture. Compared with the current model, the new Tiguan has more interior space: at 185.2 inches long, the 2018 model is 10.7 inches longer than the current version and has up to 57 percent more cargo capacity. The 109.9-inch wheelbase, 4.4 inches longer than the new Tiguan sold in Europe, provides both sliding second-row seats and an optional third row.

SEE ALSO:  Volkswagen T-Roc R - all you need to know

The MQB platform allows for a wider, lower stance, while the exterior design has LED lighting. The exterior design also enhances the Tiguan’s utility, from a 26-degree approach angle for off-roading to a lower lift-in height for the tailgate.

Inside, the Tiguan now features the optional Volkswagen Digital Cockpit display, offering drivers a reconfigurable display of key data and the ability to position navigation data front and center for easy viewing.

A new palete of exterior and interior colors combine with options such as eight-way power driver’s seat, heated front seats, and a heated steering wheel. The second-row bench can slide seven inches fore and aft and be split 40:20:40. The third-row seats will come standard on front-wheel-drive models and be optional on all-wheel-drive versions.


The new Tiguan will be powered by an updated version of Volkswagen’s 2.0-liter turbocharged and direct injection TSI engine, making 184 horsepower and 221 pound-feet of torque, driving the front wheels via an eight-speed automatic transmission. 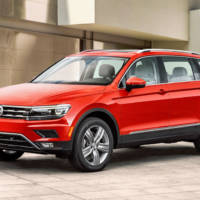 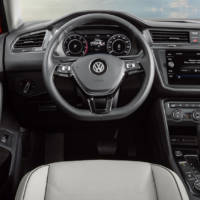 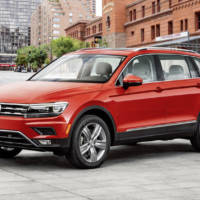 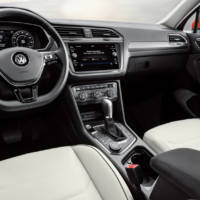 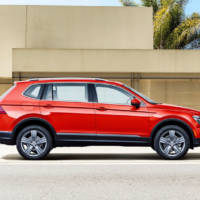 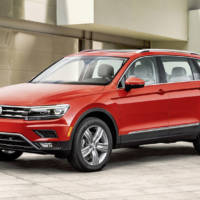 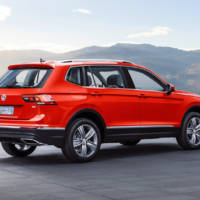 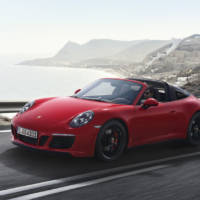 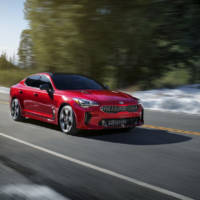