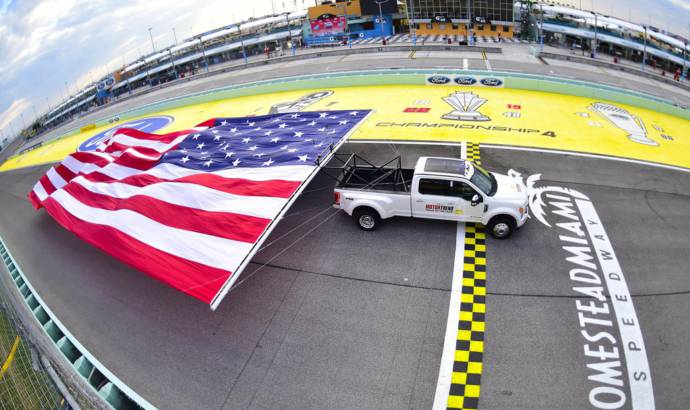 The US clients interested in buying big pick-up trucks have to know they can trail big loads. That is the reason they choose such a vehicle. To prove them that the 2017 Ford F-450 Super Duty is a good choice, Ford managed to set a new world record for towing a huge American flag. It was more like a response for the previous mark set earlier this year by Chevrolet with a 40 by 80-foot flag at Texas Motor Speedway on September 28th.

So the new 2017 Ford F-450 Super Duty managed to set a new Guiness World Record for the World’s Largest Flag Pulled by a Moving Vehicle.

The United States flag flown by the F-450 Super Duty for the record-setting drive measured 45’ by 92’ feet.

To set the record, the truck had to travel beyond the 100 meters (328 feet) previous record mark, without the flag touching the ground. The F-450 more than exceeded that requirement, officially covering a verified distance of 109 meters (360 feet) and also completing four full laps around the Homestead-Miami Speedway 1.5-mile oval, site of NASCAR’s championship event, Ford Championship Weekend.


To accommodate the record setting flag, 45-foot riggings from eyelet to eyelet were constructed, enabling the F-450 a driving roll-out of the massive flag. A team of 20 launched and retrieved the flag, ensuring it did not touch the ground. 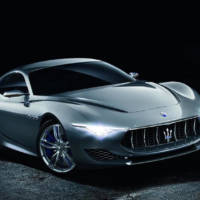 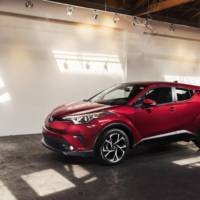