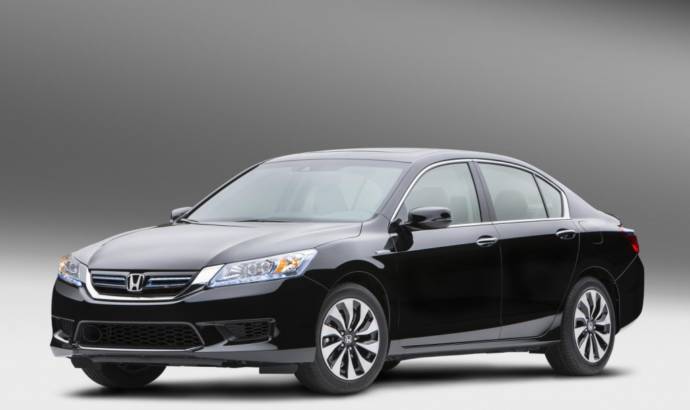 2014 Honda Accord Hybrid available from november

Fuel prices can be scary, but the EPA-rated 50 mpg city 2014 Accord Hybrid will take some of the fright out of going to the gas pump when it debuts at U.S. dealers nationwide on Halloween (October 31). With a host of standard equipment, the manufacturer’s suggested retail price (MSRP) ranges from $29,155 for the well-equipped Accord Hybrid to $34,905 for the luxurious Accord Hybrid Touring model, plus a destination and handling charge of $790.

The Accord Hybrid EX-L is equipped with advanced safety technologies such as Forward Collision Warning (FCW) and Lane Departure Warning (LDW) along with leather-trimmed and heated front seats and the HondaLink cloud-based media and connectivity system featuring Aha compatibility. Power driver’s seat memory, front passenger seat with 4-way power adjustment and one-touch moonroof are also standard on the EX-L trim.

With EPA fuel-economy ratings1 of 50 mpg city / 45 mpg highway / 47 mpg combined, the 2014 Accord Hybrid is the top rated 4-door sedan in America in the EPA city cycle. Highlighting both form and function, it blends the sophisticated exterior styling and spacious interior packaging of the Accord Sedan with a highly efficient two-motor hybrid system from Honda’s Earth Dreams™ Technology advanced powertrain series.

The 2014 Honda Accord Hybrid is the first Honda hybrid vehicle produced in Ohio, at the company’s Marysville Auto Plant, and joins the Greensburg, Indiana-built Civic Hybrid as the second Honda hybrid model built in the U.S., using domestic and globally sourced parts. Honda invested $18.8 million in a 94,000-square-foot expansion of the Marysville Auto Plant, along with the addition of 50 new full-time jobs to handle the special processes specific to the production of this advanced hybrid model. 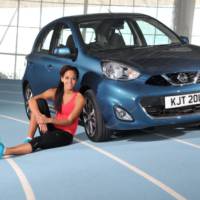 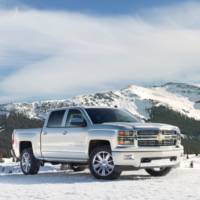