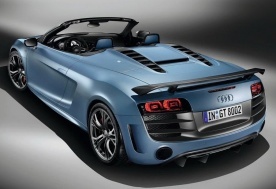 US pricing for the limited edition 2012 Audi R8 GT Spider has been announced. This hand-built version limited to 333 exemplars world-wide, and to 55 units in the US will carry a price tag of 210,000 USD, a figure which does not include the 1,200 USD in handling fees and taxes.
The car is distinguished by its more aggressive appearance due ot its enlarged diffuser, front splitter and a fixed rear spoiler as well as by an individual vehicle number displayed on the gear shifter.
Under its skin the 2012 Audi R8 GT Spyder features a 5.2-litre V10 with direct fuel injection technology which is capable of unleashing 560 HP. Due to its increased weight and lighter body, (weights 187,39 lbs less than the standard R8 Spyder) as well as its sport tuned suspension (-10 mm), the R8 GT Spyder accelerates from 0 to 60 mph in 3.8 seconds and can hit a top speed of 197 mph.
Other enhancements performed on this car include a magnesium engine frame, high-performance brakes (xyz ventilated and with cross-drilled rotors) and an an interior highlighted by the usage of Alcantara and Titanium Gray or Crimson Red stitching.
Customer deliveries for the 2012 Audi R8 GT Spyder will start in February 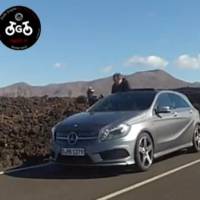 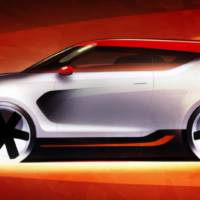