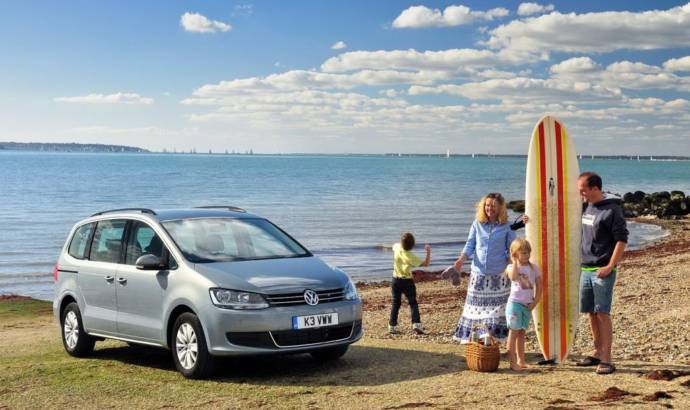 UK pricing for the 2011 Volkswagen Sharan has been announced, as the Germam MPV will hit Britain’s market in November.
The 2011 Volkswagen Sharan is available in four trim levels (S, SE, SEL and Exclusive) with a 1.4-litre TSI engine delivering 150 PS through a 6-speed manual transmission to the entry-level S model.
With a loading capacity of 1,339-litres in the 5-seat configuration, or 2,430-litres with all 7 seats folded, thanks to the EasyFold seating concept, the 2011 Volkswagen Sharan features standard equipment that includes ABS, HBA (Hydraulic Brake
Assist), ESP, a curtain airbag, side airbags, 2Zone climate control, an 8-speaker DAB digital radio system and iPod connectivity.
Some of the optional features on the 2011 Volkswagen Sharan include Adaptive Chassis Control
(ACC) with the Comfort, Normal and Sport damper settings, plus the second generation Park Assist system.
The 2011 Volkswagen Sharan
UK price starts at 22,980 GBP and reaches 31,680 GBP for the range
topping SEL model which features a 170 PS 2.0 TDI linked to a 6-speed
DSG gearbox.
The complete 2011 Volkswagen Sharan price list is available in the press relese after the jump.
Volkswagen press release :
The all-new Sharan is now available to order from Volkswagen
Retailers, with prices starting from £22,980 (RRP OTR) for the
entry-level S 1.4-litre TSI model.
Not only is the new Sharan the most advanced people carrier
Volkswagen has ever produced with latest comfort and safety
technologies, but it is also the most refined with a range of efficient
TSI petrol and TDI diesel engines, the majority of which are designated
BlueMotion Technology models and fitted with Stop/Start and battery
regeneration systems to enhance economy and lower emissions.
A choice of four trim levels is available: S, SE, SEL and Executive.
All feature seven seats as standard except for Executive which has six
individual seats with armrests and ‘Vienna’ leather as standard.
The Sharan also features a new EasyFold seating concept.  This allows
the individual seats of the second and third rows to be stowed in the
vehicle floor with an easy-to-use folding mechanism rather than having
to be removed from the vehicle when not needed.  Like the front seats,
the second row rear seats also adjust longitudinally and over backrest
angles of up to 20 degrees.  The third row of seats can be easily
accessed through an innovative folding mechanism fitted to the middle
row of seats to allow them to be tilted forwards with one hand.  When in
five-seat configuration the load space measures 1,339 litres, rising to
2,430 litres with all seven seats folded.
The new model features a comprehensive range of standard equipment
including ABS (Anti-lock Braking System) with HBA (Hydraulic Brake
Assist) and ESP (Electronic Stabilisation Programme), a curtain airbag
system for all three rows of seats, side airbags for the first two rows
of seats and driver and passenger airbags as well as an additional
airbag to protect the driver’s knees, an eight-speaker DAB digital
radio, 2Zone electronic climate control and an iPod interface.
Also standard on all Sharans are twin rear sliding doors, adding to
convenience and safety.  These can be specified with electric operation
if required.
The focus on practicality doesn’t come at the expense of dynamic
ability.  The Sharan can be specified with Adaptive Chassis Control
(ACC) for the first time, allowing the driver to select from three
damper settings – Comfort, Normal and Sport.
Additional convenience highlights include the optional second
generation Park Assist system that allows the new Sharan to self-park in
end-on as well as parallel spaces.  They system takes over all the
steering inputs meaning all the driver has to do is operate the throttle
and the brakes.
Deliveries of the new Sharan will start in November; prices follow – for full details please visit www.volkswagen.co.uk.
New Sharan pricing 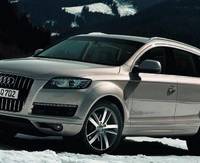 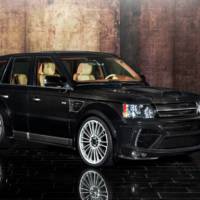