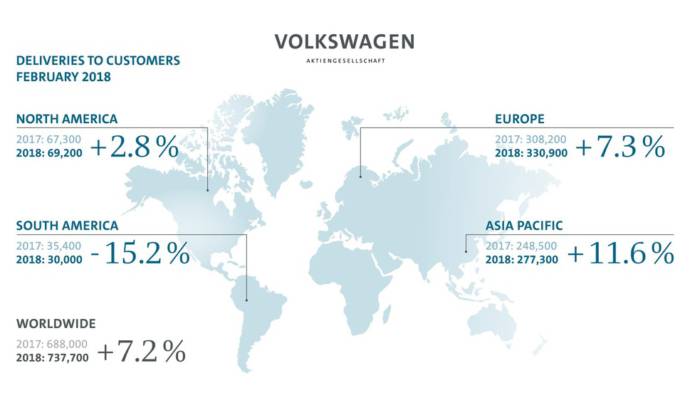 Despite being overtaken by Renault-Nissan-Mitsubishi Alliance last year, Volkswagen Group continues its great momentum and scores high sales lso the the beginning of 2018.

In the first two months of 2018, the Volkswagen Group delivered more than 1.6 million vehicles to its customers throughout the world. In the month of February, the Group handed over 737,700 new vehicles to customers.

In the region of Europe, the Group recorded a significant rise in deliveries in February: 330,900 vehicles (+ 7.3 percent) were handed over to customers. The Western European markets purchased 268,700 vehicles, an increase of 6.3 percent. Of this figure, the home market Germany accounted for 101,800 units (+4.5 percent).

SEE ALSO:  Volkswagen to transform Astypalea into a sustainable island

In January and February, the Group delivered 698,800 vehicles in the Asia-Pacific region, representing a rise of 13.4 percent. In the month of February, 277,300 new vehicles were handed over to customers in the region. In China, 253,200 customers received a vehicle from the Volkswagen Group, an increase of 13.5 percent. 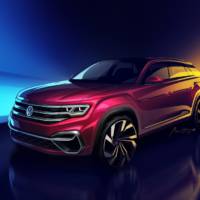 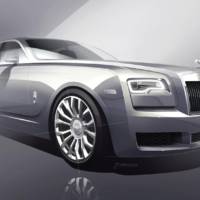