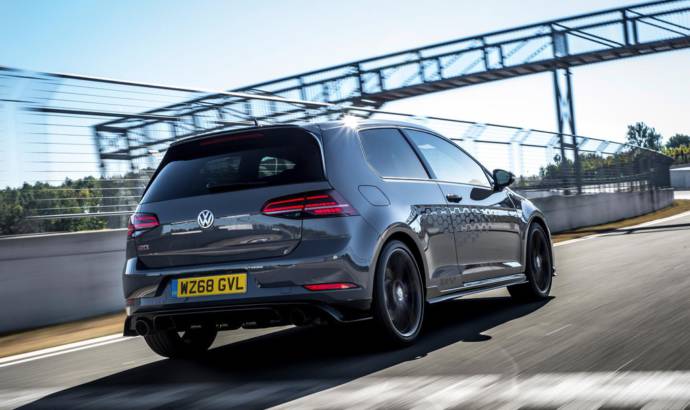 The most powerful Golf with front-wheel drive is now ready to be offered on the UK market. Inspired by, and derived from, the race car of the same name – twice the overall winner of the international TCR (Touring Car Racing) series – the new Golf GTI TCR tops off the current GTI range in the UK, with the first examples arriving in March.

Its 290 PS power peak – a full-time peak here, unlike the ‘boost’ peak available in the former GTI Clubsport Edition 40 – is channeled through a seven-speed DSG (dual clutch) gearbox and carries this new model from rest to 62 mph in a spirited 5.6 seconds and on to a top speed of as much as 164 mph.

Fitted with 18-inch ‘Quaranta’ alloy wheels as standard, with 225/40 R18 tyres, the GTI TCR is marked out by its distinctive front and rear bumpers, matte black exterior mirrors and TCR motif on the rear quarter panel. On the inside exclusive TCR seats feature, as well as a leather-trimmed multifunction steering wheel with a track-inspired red marker at the 12 o’clock position. The gear gater is finished in Alcantara to match the door inserts, and the TCR logo is projected onto the street below when the door is opened.

A £2,000 option pack comprising 19-inch Reifnitz alloy wheels, suspension lowered by 20 mm and fitted with Dynamic Chassis Control and the top speed restriction removed – allowing a maximum speed of 164 mph – further reinforces the GTI TCR’s sporting appeal. Also available is a Pure Grey paint colour – a first for any GTI – which can be complemented by exclusive optional honeycomb decals on the side of the car, and an optional black roof.

The starting price for the new Volkswagen Golf GTI TCR is £34,135 on the UK market. 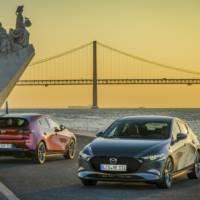 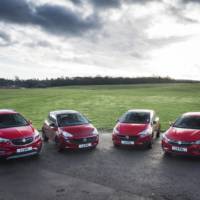