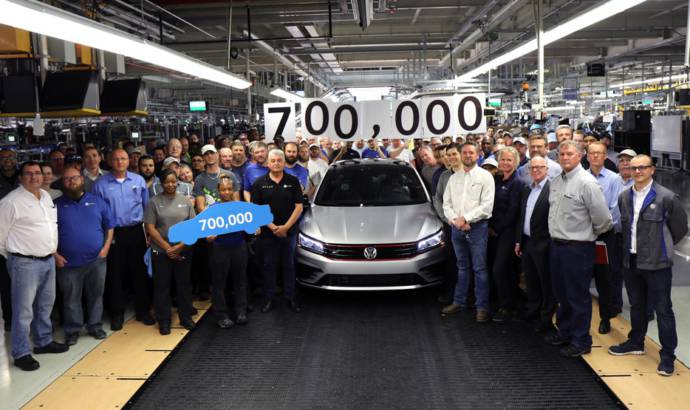 Volkswagen is building lots of its cars in the US and the Chattanooga plant is the main assembly across the Ocean. No wonder the plant recently reached a new milestone. VW announced that it has achieved a production milestone with the completion of the 700,000th Volkswagen Passat assembled in Chattanooga.

Assembled in the LEED Platinum-certified production facility in Chattanooga Tennessee, the 700,000th Passat is a 2018 Passat GT, finished in Reflex Silver, with two-tone black and grey interior. The limited-edition model uses the 3.6-liter VR6 engine and a 6-speed DSG Tiptronic dual-clutch automatic transmission.

The 2018 Passat GT was designed by the company’s North American engineering hub in Chattanooga, Tennessee, and its Design Center in California based on extensive feedback from U.S. customers and dealers.


The Passat GT has 280 horsepower and 258 pound-feet of torque, it offers power and luxury-class driving comfort with surprising fuel economy—EPA estimated fuel economy is 19 mpg city and 28 mpg highway. Unique features include a black roof, 19-inch aluminum-alloy wheels, a honeycomb grille, GTI-like red accents, and a sport suspension that lowers the car’s stance.


The 700,000th Volkswagen Passat will be commemorated on Volkswagen Chattanooga’s social media pages, as the assembly of the car was followed from the body shop, to paint shop and to its final stop at the assembly shop. 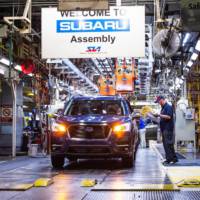 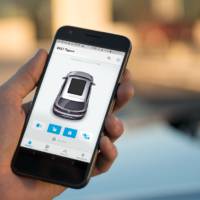 NEXT 09 May 2018
Volkswagen Car-Net updates available in USA