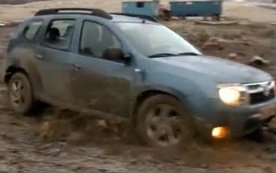 The new Dacia Duster had its public debut at this year’s Geneva Motor Show and shortly after the manufacturer announced its price, the first Romanian SUV that will go on sale on the Romanian market staring at 10,500 Euro has entered the Guinness Book of Records.
In these recently published videos the Dacia Duster goes off-road, as the manufacturer from Pitesti wants to prove that besides being cheap the new SUV is also very capable on muddy and snowy terrains.
The new Dacia Duster is available as a 4×2 or a 4×4 with three engine choices – a 1.6 16v 110 hp petrol and two diesels (1.5 dCi 85 hp and 1.5 dCi 105 hp).
As mentioned above the 4×2 version starts at 10,500 Euro while pricing for the 4×4 model starts at 12,300 Euro.
Wtach the Video with the Dacia Duster off-road test after the jump. 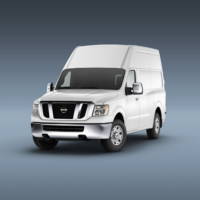 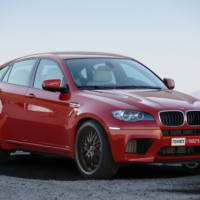