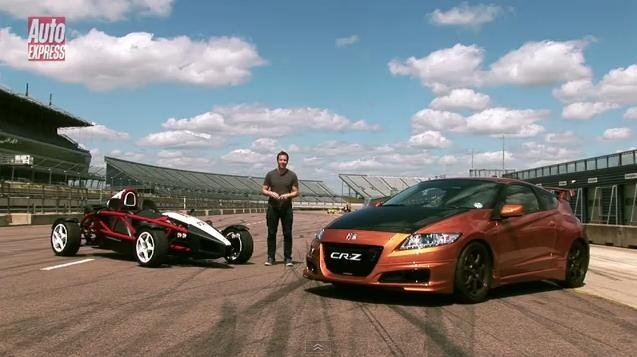 Honda’s official tuning partner, Mugen has recently created a one-off sports-hybrid based on the CRZ to which it added a supercharger in order to produce 200 bhp. The Honda CRZ Mugen has also been fitted with a louder exhaust, and a series of carbon fiber components to make it extra light. Honda says the Mugen CRZ hybrid is as fast as the Civic Type R, so AutoExpress decided to take it for a spin around the track and see if it’s as sporty as Honda claims.
Apart from that AutoExpess has tested another Mugen car, this time a bit more extreme – the Ariel Atom.
In its case power comes from a hi-revving, naturally aspirate 2.0-litre Honda engine which has been tuned to deliver 270 bhp. The Ariel Atom Mugen borrows its springs and dampers from the Ariel Atom V8, has a ridiculous 0 to 62 mph acceleration time of 3.0 seconds, which is quicker than the McLaren MP4 12C and close to the Bugatti Veyron.
To find out what AutExpress thinks about both these cars, follow the jump and hit play. 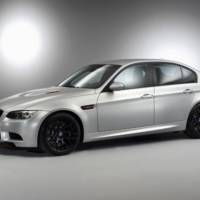 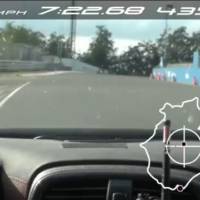