In this next video, Kai Jacobsen, Automobile Historian at BMW group offers details that explain the history behind the famous BMW logo.
The first time the BMW logo appeared on a written document was in 1918, on the ‘Bayern Flugmotor’ manual and maybe some of you don’t know, but BMW initially started building aircraft engines, then continued with motorbikes and cars.
Aircraft engines also created the BMW logo mith which made people believe that the logo was born based on a rotating airscrew. The BMW logo actually came to life based on the aircraft engine manufacturer, RAPP, which later grew into BMW. When BMW took over all of RAPP’s business segments, the company wanted to design a new logo that was also oriented on RAPP’s logo, but include th Bavarian national colours.
The first car to use the BMW logo was the BMW 315 PS, and the white and blue colours bordered in black with the BMW letters on it latter became the trademark we all know today.
Watch the video with the BMW logo history after the jump. 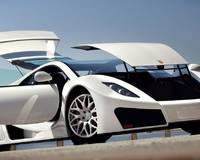 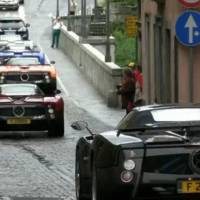