AutoExpress has performed a group test in which it compared the newly launched 2012 Mercedes C Class with the current generation Audi A4 and BMW 3 Series, to see if it deserves the crown in the compact executive class.
So lets start with the 2012 Mercedes C Class. Apart from the barely noticeable exterior changes which have been applied to the bumpers, head lamps and taillights, the new Merc has also received a major interior upgrade comprising of higher quality materials, a new dash design, and options like a double sun roof and Internet connectivity. The engine lineup is now more powerful and more efficient, plus all 2012 C Class models come with Start Stop technology as standard.
The best engine choice for the new C Class, according to AutoExpress would be the 2.2-litre diesel in the 250 CDI which can return 57 mpg. Thanks to this engine the new C Class can also hit a top speed of 140 mph and accelerate from nought to 62 mph in 7 seconds flat. Overall the 2012 Mercedes C Class is a very relaxing car, with a quiet cabin even when traveling at high speeds and with an adaptive damping suspension which does a great job at ‘hiding’ bumps on the road.
Are all the details we mentioned above enough to make the 2012 Mercedes C Class a better compact executive car than the BMW 3 Series of the Audi A4? Sadly no, because the BMW 3 Series remains the best when it comes to enjoinment behind the wheel, while the Audi A4 is better according to AutoExpress in terms of build quality and exterior design.
The good thing however is that, as opposed to the previous generation, the 2012 Mercedes C Class creates a smaller gap between it and its rivals. 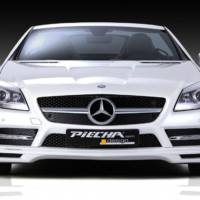 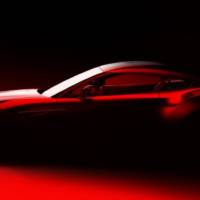