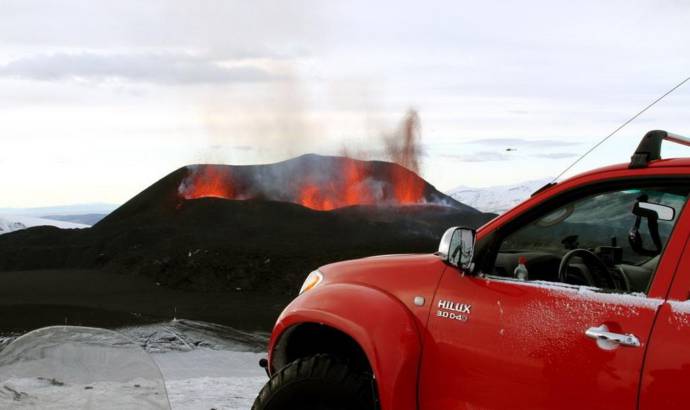 We assume you are not living under a rock and know about Iceland’s Eyjafallajokull volcano by now. Well it looks like the crew from Top Gear didn’t miss such a great media exposure opportunity and decided to drive the Toyota Hilux (the same one that conquered the North Pole) near the active volcano that brought chaos to the European skies.
Besides Top Gear’s PR stunt the two exemplars Toyota Hilux prepared by Arctic Trucks have proven again very useful as they provided transport for scientists installing monitoring equipment near the active volcano.
The Toyota Hilux used low pressure 38-inch tyres to get near the volcano’s heart and we can’t think of a place on Earth that this go-anywhere vehicle cannot reach. 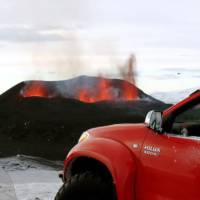 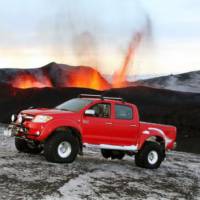 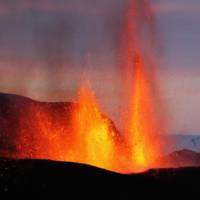 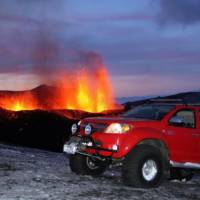 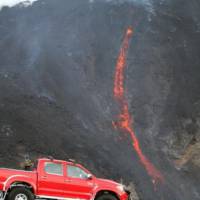 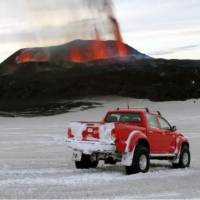 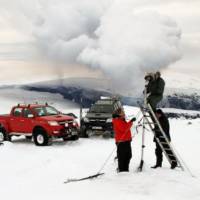 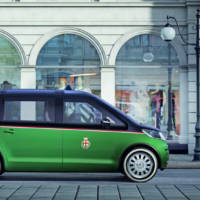 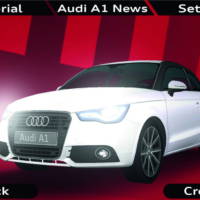