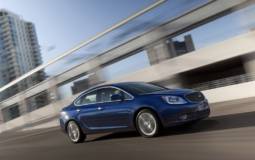 Buick has expanded the Verano range with the Turbo version which packs 250 HP and 260 lb-ft (353 Nm) of torque thanks to a 2.0-litre Ecotec engine featuring direct fuel injection.

Unlike the regular Verano, the Turbo model sprints from 0 to 60 mph in approximately 6.2 seconds while in terms of fuel economy the numbers are not final, with GM only claiming that the efficiency figures will be in line with the rest of Buick’s turbocharged engines. 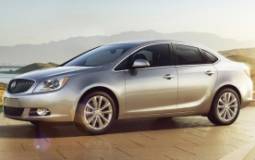 GM has put a price tag on the 2012 Buick Verano, their new luxury sedan which is scheduled to go on sale later this year.

Described as better in terms of passenger and cargo space than the Acura TSX sedan or the Lexus IS 250, the 2012 Buick Verano represents the brand’s first compact model, with power provided by a 2.4-litre 4-cylinder engine capable of producing 180 HP at 6,700 rpm and 171 lb-ft of torque at 4,900 rpm. 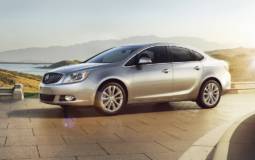 GM has dropped full details and official photos with the new 2012 Buick Verano which represents the company’s third model in the past two years, and which will be unveiled to the public at the NAIAS.

The new compact luxury sedan comes fitted as standard with a 2.4L Ecotec engine linked to a 6-speed automatic, which in terms of performance will offer an estimated 177 HP (132 kW) and 170 lb-ft of torque. Thanks to this powerplant the 2012 Buick Verano will also be able to accelerate from 0 to 60 mph in 8.0 seconds and return an average of 31 mpg on the highway. 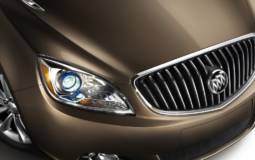 GM has released a single teaser image with their upcoming 2012 Buick Verano. The North American manufacturer has also stated that the 2012 Buick Verano will get built at the company’s Orio Assemble Center in Michigan, and that the new compact sedan will hit the market towards the end of 2011.

The 2012 Buick Verano is basically the US version of the 2011 Buick Excelle GT model sold in China, and at this point there are not details available on what kind on engines will be fitted under the hood.