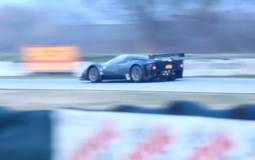 The next video shows the Ferrari P4/5 Competizione on track, during initial preparation stages for the 24 Hours of the Nurburgring.

The Ferrari P4/5 Competizione which is based on a 430 Scuderia, was driven on this short track by Fabrizio Giovanardi and the first impressions, published on the P4/5 Competizione Facebook fan page, are that the ‘car is very easy to drive and all controls are light and direct’. 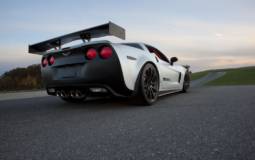 Here are a few photos and also details with the 2011 Chevrolet Corvette Z06X Track Car Concept that is being exhibited these days at the 2010 SEMA Show.

The 2011 Chevrolet Corvette Z06X Track Car is based on the Corvette Z06 with the 1LZ equipment package, and represents the result of the collaboration between GM and Pratt and Miller.

Some of the features that are easily spotted at the exterior include an adjustable carbon fiber rear wing, and the polycarbonate rear window, together with the low-gloss Icy White Metallic colour, accented by a series of carbon fiber elements and red trim. 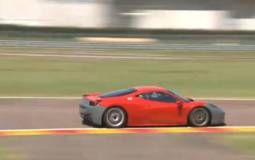 The Ferrari 458 Italia Challenge is powered by a 4.5-litre V8 outputting 570 horses at 9,000 rpm, and some of the features that are not available on the regular model include a faster shifting F1 style gearbox, a stiffer suspension with aluminium bushings and single rate dumpers. 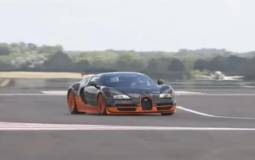 In case you missed our post with the latest Top Gear episode that aired on July 25, here is the best part of it, in which the Stig takes the new supercar king and we’re talking of-course about the new Bugatti Veyron Super Sport, for a lap around Top Gear’s test track.

Previously, the 1001 HP version Bugatti Veyron managed to lap the Top Gear track in 1:18:3, which meant a number 4 spot on the show’s leader-board, as cars like the Noble M600, Pagani Zonda F Convertible and Caterham R500 proved faster than it. With the Bugatti Veyron Super Sport however, it is a different story, as the 1,200 HP monster lapped the TG track in 1:16:8, proving itself as the fastest car ever driven by the Stig…so far. 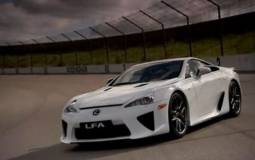 As you might have noticed, the new Fifth Gear with its reduced crew of presenters is now more about relevant testing, and comparisons rather than entertainment and show, and in this next video Tiff Needell proves just that by taking the Lexus LFA to the track.

The Lexus LFA track video was shot at Rockingham where Mr. Tiff is once again showing hes professional driving skills by driving the limited edition supercar with traction control off. 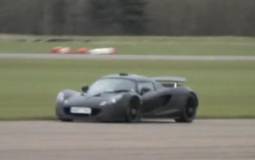 This short video features Hennessey’s stretched Lotus Elise named the Venom GT during a test drive on an airport’s track.

The car looks fast but we don’t know if its just the video quality or the Hennessey Venom GT is really that quiet. It could also be the fact that this is the 725 BHP variant being tested but we sure do hope the 1200 BHP version Hennessey Venom GT will sound much louder than that.