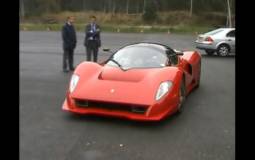 The latest video involving the Ferrari 4/5 by Pininfarina is from France were the Italian prototype was spotted testing at high speed on track. 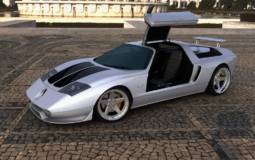 Arturo Alonso, owner of GWA Tuning has decided to bring back the legendary Mercedes C111 through a modern reincarnation called the ‘Ciento Once’.

Unlike the original prototype, which was powered by the revolutionary Wankel engine, this modern reiteration GWA Ciento Once Mercedes C111 has been designed to use a Mercedes sourced M120 V12 engine housed in a tubular space frame chassis.

Paired with a six-speed Cima H type transaxle, this V12 plant enables the GWA Ciento Once Mercedes C111 to develop 408 HP, which will be heard through the specially tuned exhaust system. 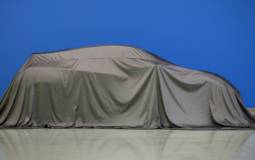 Avera Motors has teased their unnamed prototype through a single photo which appeared on their blog, and even though at this point its almost impossible to imagine how this car will look like, the Rockledge based company mentioned a few facts about it that have caught our attention.

Just to quote their exact statement, the Avera prototype will be a “vehicle with supercar-like handling, aggressive looks, an affordable price tag, and Prius-beating efficiency”. Avera has been working hard on this prototype for the last several years, and in case you are now really curious what this project is all about, then the company promises to release additional photos during the next few months. 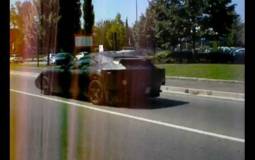 This next video shows a Ferrari prototype revving its engine on the streets of Italy. Besides the fact that black camouflage wraps this prototype completely there are also various elements from various Ferrari models that confuse us.

For example the front lights look like the ones on a Ferrari 458 Italia, while the rear glass seems borrowed from the 599 Fiorano. The back of this Ferrari prototype also looks like it can accommodate the mechanism for a soft top convertible, while the sweet noise appears to be from a V12. From what we can tell this might be the Ferrari Scaglietti successor and that is in case the Prancing Horse is not working on some new model which could also be the case considering the heavy camo.

Infiniti Q55 to be revealed in November
0
55