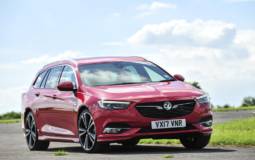 The new generation Opel/Vauxhall Insignia is on the market for a very short time. But the new model managed to grab lots of attention. This is why, Opel told us that the new Insignia grabbed 100,000 orders. 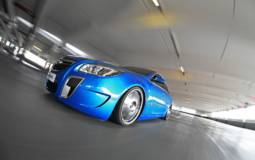 MR Car Design decided that the already sporty Opel Insignia OPC could use a few enhancements in order to look even sleeker and become more potent in terms of total power and maximum torque.

That is why they fitted the car with a G-Ride air suspension and a set of Oxigin aluminium rims (8,5×20 at the front and 9,5×20 at the rear) which are wrapped in absolute adequate performance tires. 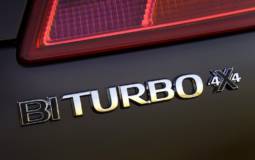 Opel which sells under the Vauxhall badge in the UK, has debuted the Insignia BiTurbo at the 2012 Geneva Motor Show.

This version is fitted with the company’s 2.0-litre twin-sequential turbocharged diesel engine which features an unique water-cooled intercooler technology and produces 195 PS and 400 Nm of torque with CO2 emissions of only 129 grams per Km.

The Opel/Vauxhall Insignia BiTurbo is available in 5-door hatch and Sports Tourer bodies, in SRi, SRi Vx-line and Elite trims and with a choice between front or adaptive four-wheel drive. 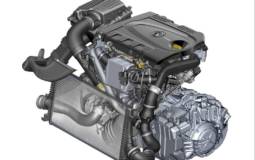 The Vauxhall Insignia model sold under the Opel badge in the other European regions, is now also available with the automaker’s most powerful diesel engine – the 2.0-litre twin-sequential turbocharged diesel rated at 195 PS and 400 Nm of torque.

This engine will be fitted on the Vauxhall Insignia BiTurbo which will be available as a five door hatch or a Sports Tourer and in SRi, SRi Vx-line and Elite trim levels. 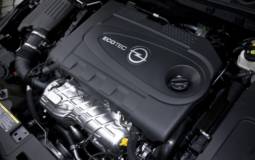 Opel has published an initial set of details referring to the facelift version 2012 Insignia.

Apart from featuring redesigned wheels and a new paint finish (called Luxor) the exterior remains pretty much identical to the previous generation, while inside the cabin the mid-size sedan will delight its passengers with two new infotainment systems, Nappa leather, and systems like an upgraded front camera with Forward Collision Alert. 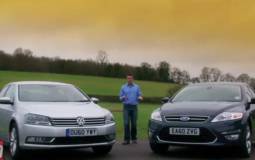 How does the 7th generation Volkswagen Passat compare against two of its main rivals, the Vauxhall Insignia and the Ford Mondeo? Well AutoExpress has taken all three of them for a ride in order to find out just that.

Besides the new design, the 2011 Volkswagen Passat features more interior gadgets than before, a wide range of turbocharged engines, featuring stop start technology for the diesels in order to maximize fuel economy, and improvements in terms of ride quality and interior noise. 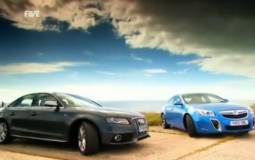 In a battle between four-wheel-drive saloons, Tiff Needell from FifthGear gets to drive both the Audi S4 and the Vauxhall Insignia VXR around the track as he wants to see which of the two is faster.

The Audi S4 packs 328 BHP and is 150 Kg lighter than the Vauxhall Insignia VXR but it is also 5,000 GBP more expensive, and according so some, its design is not as exciting as the one on the Insignia.

When put to the test around the track the Vauhall Insignia VXR proves 2 seconds slower than the Audi S4, so it looks like each second gained in terms of performance by the Audi costs 2,500 GBP. 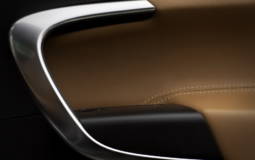 This new Vauxhall Insignia Sports Tourer 4×4 version also comes with premium leather at the interior and its launch was encouraged by increasing sales in upper-trim level models like the SRi, SE and Elite. 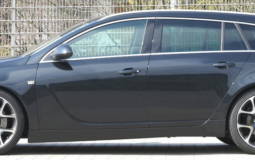 Another day, another lowered suspension kit from H&R who this time have chosen the Opel Insignia OPC.

The Opel Insignia OPC is already an estate that looks sporty, but with a lowered ride height, the specialists from Lennestadt have slightly enhanced its overall aspect, not to mention further refine the car’s driving characteristics.