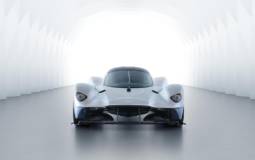 Aston Martin continues to tease us with its Valkyrie supercar, a model that is set to rival a Formula 1 car on the circuit when it comes to lapping. 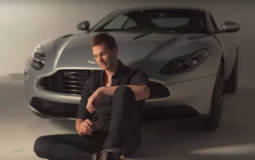 Aston Martin is renowned for using popular face to promote its supercars. The newest addition to the brand ambassadors list is Tom Brady, record-breaking National Football League star and one of the most renowned and respected athletes of all time. 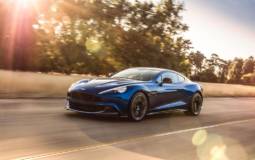 Until we are saying good bye to the current generation Vanquish, Aston Martin decided to do one last special edition, unveiled for the first time during this year Los Angeles Motor Show. 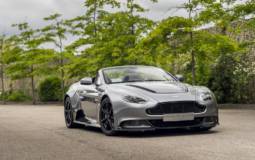 If you have enough money, you can have any car you want. And Aston martin is here to prove that with the introduction of a special and unique car. The UK manufacturer unveiled its most extreme roadster ever in the unique form of the one-off Vantage GT12 Roadster. 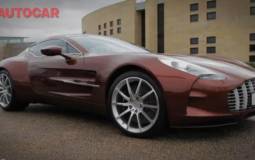 Steve Cropley from Autocar is among the very fortunate ones who can say they have spent some time inside the Aston Martin One 77.

Even though he did not get to drive the car, and the fact that the One 77 which is limited to 77 exemplars costs 1.2 million GBP should make it easier for you to understand why, he still got the change to better understand what this British supercar is about. 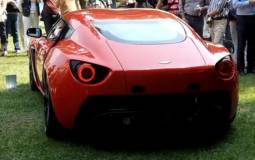 The Aston Martin Zagato V12 Vantage has won the Concorso d’Eleganza Design Award for Concept Cars and Prototypes in Italy this weekend, and in case you are not aware of it, the car represents a celebration of the 50th anniversary of the DB4GT Zagato.

The Aston Martin Zagato V12 was declared the winner among 10 entries from around the world, and Dr Ulrich Bez, CEO of Aston Martin, said that “Based on the reactions of our customers to this race car, we hope to offer a road-homologated V12 Zagato in a small, limited number as soon as possible. First feedback has been great so far, this makes us confident that this new Aston Martin V12 Zagato will be a winner of the classic car vote at Villa D’Este in fifty years time.” 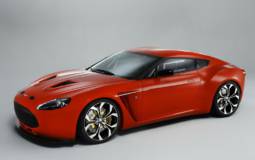 The fruit of the collaboration between Aston Martin and Zagato, a car that celebrates the 50th anniversary of the iconic DB4GT Zagato, has been unveiled. This is the Aston Martin V12 Zagato, a concept which will be seen at the Villa D’Este Concours, on the shores of Lake Como, in Italy, tomorrow – May 21st.

Featuring a handmade aluminium body and panels that were formed using an English wheel and traditionally crafted body bucks, the Aston Martin V12 Zagato delivers a muscular appearance through a series of the traditional Zagato design cues like the double bubble roof. 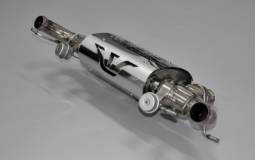 The R8 V10 Spyder is not the only project Wheelsandmore has been working on lately. A second series of upgrades have also been applied by the German tuner on the Aston Martin Vantage V8.

The recipe for exclusivity and performance is almost the same, meaning the car received the tuner’s 21 inch 3-piece 6SPorz rims wrapped in performance rubber, a new coilover suspension kit from KW with adjustable rebound and compression, plus a custom exhaust system. 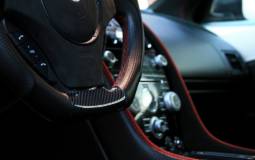 Aftermarket specialist Anderson Germany is developing a passion for creating stealthy looking tuning kits, and this latest creation called the Superior Black Edition uses the Aston Martin DBS as the base model.

The numerous black elements fitted by the Dusseldorf based tuner on the British sports coupe include glossy window frames, a tailgate bar, a new grille and logos, new side air intakes, tinted windows, darkened headlights and tail lamps and a custom exhaust system with black exhaust pipes. 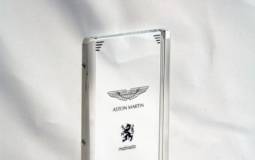 Aston Martin has released photos with the latest creation that combines simple design with mobility. And as you can see from these photos, it is not some kind of new sports car, but a state of the art concept phone called the Mobiado CPT002.

The Aston Martin Concept Phone which will be showcased at this year’s world watch and jewelry show in Switzerland uses existing technology and software along with advanced electronics, and according to the British automaker it can serve as a car key as well as a device that connects with the vehicle’s GPS in order to create a new social networking experience by updating Facebook and Twitter accounts with photos and videos taken with the car’s integrated cameras.