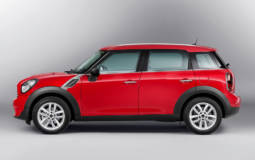 New Crossover from the MINI Family

The MINI family is happy to present to their loyal fans a new crossover called 2013 MINI Countryman. It is quite different from other standard MINI cars but the changes make the car even more desirable. You can always find more news of the MINI Countryman 2013 on the official MINI website, which includes full information about the prices, technical equipment and different Countryman versions. So, what is new about the MINI Countryman? 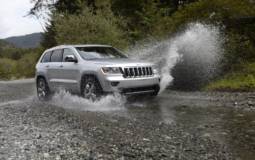 The Top Three Jeep Vehicles for 2013

The appeal of a Jeep is infinite and their capabilities far reaching. Whether you’re looking for pure power, raw adrenalin or one of the safest, swishest, family rides out there, you can look no further. Owned and operated by adventurers and city dwellers alike, here’s a rundown of 2013’s top Jeep models and why they are perfect for anything you throw at them. 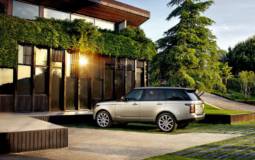 Land Rover has officially revealed the 2013 Range Rover ahead of its public debut scheduled to take place at the 2012 Paris Motor Show.

Described as the world’s most refined and capable luxury SUV the 2013 Range Rover is lighter, stronger and more modern, with an overall look that still incorporates the brand’s iconic design cues.

The vehicle which is going to get manufactured in a state-of-the-art aluminium manufacturing facility in Solihull, UK, uses a lightweight all-aluminium monocoque body structure, a world’s first in the SUV segment, a feature which helps it shave as much as 420 Kg of its mass and enables improved consumption and emission figures. 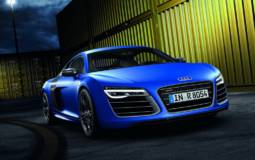 We have a new batch of photos along of details referring to how much will the 2013 Audi R8 cost in the UK.

As we’ve already mentioned the new R8 range comes with a few minor styling changes, which mainly address the front and rear illumination blocks, the front grille and the design of the wheels, plus the whole range is now available with new interior color choices, new trim options and revised engines that can optionally use the new 7-speed S tronic twin-clutch transmission for quicker gear changes. 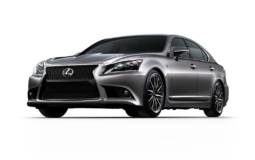 Lexus has also previewed the 2013 LS 460 F SPORT in Los Angeles last night, the most aggressive interpretation of the new LS range. 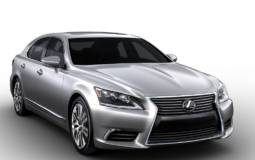 Lexus has presented its brand-new LS lineup at the “Lexus Laws of Attraction” exhibit in San Francisco last night.

The new LS range includes the LS 460, LS 460L, LS 600hL hybrid and also for the first time ever, the LS 460 F SPORT, with the LS 460 and LS 460L available in RWD and AWD configurations and also with the LS Hybrid available with a full-time AWD system. 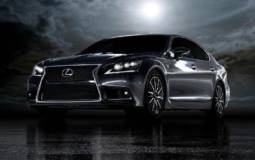 Lexus is supposed to unveil the new LS today, but until that happens, here is a teaser image the Japanese brand has released on Friday.

The image shows the 2013 Lexus LS 460 F Sport variant which just like all the other new models from the automaker’s lineup, is characterized mainly by its spindle grille and bigger air intakes at the front. The rear section on the other hand is closely related to the outgoing model, but this time we are talking about darkened taillights and a new dual exhaust system and a slightly modified bumper. 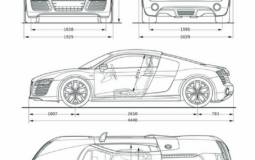 Audi’s range topping model, the R8 has received a fresh makeover in order to become even more competitive in the supercar arena.

The exterior changes which are mostly about revised headlamps, new LED taillights, a new front bumper and a new front grille are matched by a mechanical updates such as the introduction of a new seven-speed S tronic gearbox that comes as a replacement for the old six-speed R Tronic. 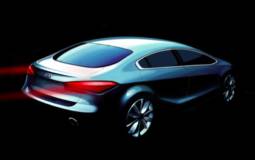 Kia has released a pair of sketches with the upcoming Forte, a model which will be badged the Cerato or the K3 depending on the various markets where it will be sold.

This completely redesigned compact sedan will be introduced with the K3 naming in Korea later this year, while during the first quarter of 2013 the new Cerato will appear at Kia dealerships in many overseas markets. 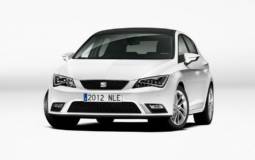 The Spanish from Seat have recently revealed the new generation Leon hatchback, a car that is underpinned by VW’s latest MQB platform. This latest model which will debut this fall at the Paris Motor Show comes with a sharp exterior look due to the more aggressive looking front fascia, the trapezoidal C pillars and also the revised taillights.