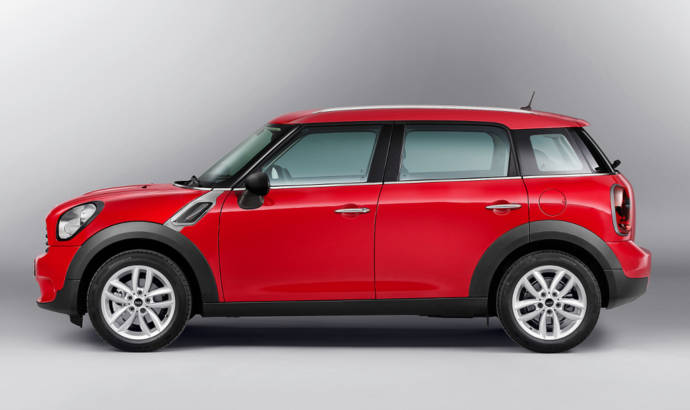 New Crossover from the MINI Family

The MINI family is happy to present to their loyal fans a new crossover called 2013 MINI Countryman. It is quite different from other standard MINI cars but the changes make the car even more desirable. You can always find more news of the MINI Countryman 2013 on the official MINI website, which includes full information about the prices, technical equipment and different Countryman versions. So, what is new about the MINI Countryman?
The car gets several interior updates, including the new rings which surround the centre speedometer and four air outlets. Armrests and door panels were redesigned and the window controls were moved from the centre to the doors. The MINI Countryman provides a three-seat and offers individual seats option for no extra charge. The car is available in three different versions for the United States: Cooper, Cooper S and John Cooper Works. The MINI Countryman is powered by a 121-horsepower, 1.6-litre engine, MINI Cooper S Countryman had been upgraded to a 181-horsepower turbocharged, 1.6-litre engine and the John Cooper Works gets the highest 208-horsepower turbocharged engine.
The new Countryman four-door car is bigger and more spacious than previous MINI’s cars. The cranky interior has four comfortable seats and the fast steering makes it fun and easy to drive. The power comes from a 1.6-litre four-cylinder engine and the S version provides all-wheel-drive.
Bluetooth connection is now available and has become a standard option for the Countryman. Satellite radio and the MINI Connected suite are optional. The MINI Connected application will add an interesting information and entertainment display right in the centre of the speedometer, as well it will offer iPhone users to access the specially created application which can integrate with Facebook, Twitter, Internet radio and with numerous other provided services.
The 2013 MINI Countryman has the standard stability control, 4-wheel anti-lock disc brakes and six air-bags, located in front, front side and full-length side curtain.
Before the necessary crash test was done, the car was awarded with the top Good rating in every testing category award provided by the independent Insurance Institute for Highway Safety.
The Countryman is the MINI car with the biggest mass but it is still not huge comparing with over crossovers’ brands, it holds true to the MINI ideals. Driving the Countryman is like driving a sporty compact car. Compared to other MINI cars, the new Countryman feels bigger from behind the wheel, because of its scaled ride height and width. The Countryman is amazingly stable and you get a conformable ride than with other MINI due to the extra wheel travel.
You can choose your own Countryman suited to your fancy. If you like to be more glued to the road, then choose the stiffer sport suspension with the optional 18-in wheels. If you need a more conformable one, suited for family and friendly ride, then the standard suspension and 17-in wheels is the perfect chose. 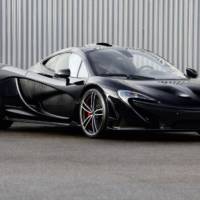 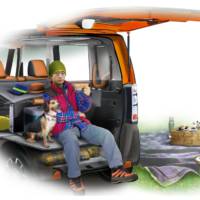