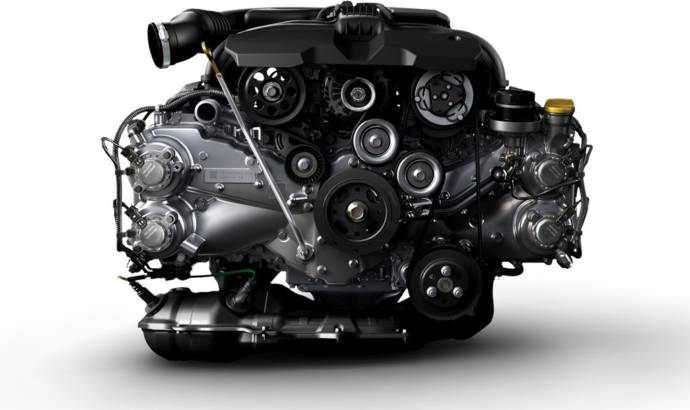 The Japanese automaker is offering details regarding the new generation Subaru boxer engine.
This new Horizontally-Opposed 4 cylinder gasoline unit from Subaru is the 3rd generation boxer engine, and while continuing to be lightweight, compact, with a low center of gravity and low vibration level, the new power-plant is now more eco-friendly and enables a 10 percent improvement in fuel efficiency.
The bore and stroke for the basic structure have been revised, meaning the new Subaru boxer engine is now allowing longer strokes, which also improves practical torque.
Available with 2,500 cc or 2,000 cc displacement (both
with 4 cylinders), this new Subaru boxer engine will be assembled at the newly built FHI factory at the Gunma Oizumi Plant.
Subaru press release :
Tokyo, September 23, 2010 – Fuji Heavy Industries Ltd. (FHI) has developed its new-generation boxer engine* that combines the technology and know-how used in Horizontally-Opposed Boxer engines, the core technology that has supported Subaru’s unique driving since it was first employed in the Subaru 1000 in 1966. This overall renewal is the first in 21 years, since the second generation boxer engine was introduced in the first Legacy models in 1989.
This new-generation Horizontally-Opposed 4 cylinder gasoline engine, the third generation Subaru boxer engine, showcases Subaru’s latest engineering research and development. It offers a new performance level by further refining Subaru’s unique expertise in Boxer engine technology. The engine was entirely renewed, starting from the basic structure, while all the advantages of the horizontally-opposed layout were maintained: lightweight, compact, low center of gravity, and superior vibration balance. New-generation improvements include advances in both environmental friendliness, such as an approximately 10% improvement in fuel efficiency, and driving performance for smooth acceleration in all speed ranges. Furthermore, FHI designed the new engine with consideration of the technology’s expandability and potential capability to receive further upgrades meeting future environmental measures.
FHI built a new factory at the Gunma Oizumi Plant exclusively for the production of this new-generation boxer engine. This new plant offers state-of-the-art production facilities that make full use of FHI’s engine manufacturing know-how developed to date, as well as a highly efficient production system delivering products meeting the highest quality standards.
* Boxer engine: Also known as a Horizontally-Opposed engine. In this design, the pistons are arranged symmetrically left and right along the crankshaft. When the pistons move, they resemble the punches thrown by boxers, thus resulting in this popular name.
[Major Features of the New-generation Subaru Boxer engine]
The overall structure of this engine has been totally renewed, by reviewing the bore and stroke for the basic structure to allow a longer stroke than current engines. It is designed to achieve high efficiency in basic performance, allowing the smooth and sporty rotational properties for which Horizontally-Opposed engines are known, while also making improvements in practical torque and environmental friendliness.
This engine is available with 2,500 cc or 2,000 cc displacement, both with 4 cylinders. These models will now be positioned as our main engines.
The New-generation Subaru Boxer engine
ãƒ» The bore and stroke, the basic structure of this engine, have been reviewed to achieve a compact combustion chamber as well as a long stroke, which was difficult previously due to chassis mounting conditions in boxer gasoline engines. This allows high combustion efficiency, and generates a sufficient mid-low speed torque with improved fuel efficiency and practicality.
ãƒ» Improved fuel efficiency has been achieved through optimization of intake port configuration and the addition of partitions inside ports, the use of TGV (Tumble Generated Valve), and the use of an EGR (Exhaust Gas
Recirculation) cooler.
ãƒ» AVCS (Active Valve Control System) is used on both intake and exhaust valves. For the intake side in
particular, an intermediate lock system allows valve timing to be advanced or delayed for precise control over intake and exhaust valve timing, allowing maximum engine performance in output, fuel efficiency, and exhaust emission.
ãƒ» The use of lightweight primary moving parts, such as pistons and connecting rods, and a highly efficient and compact oil pump provides an approximately 30% reduction in friction loss and improves fuel efficiency and
revolution response.
ãƒ» Cooling has been optimized by using separate engine cooling circuitry for the block and the head, resulting in improvements in fuel efficiency and output characteristics. 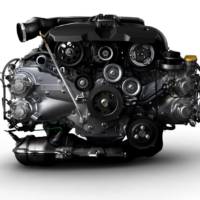 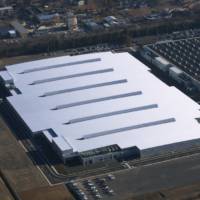 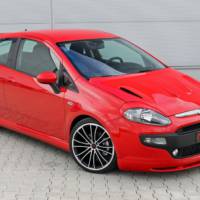 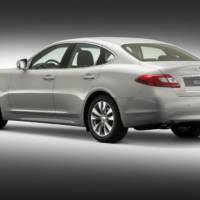