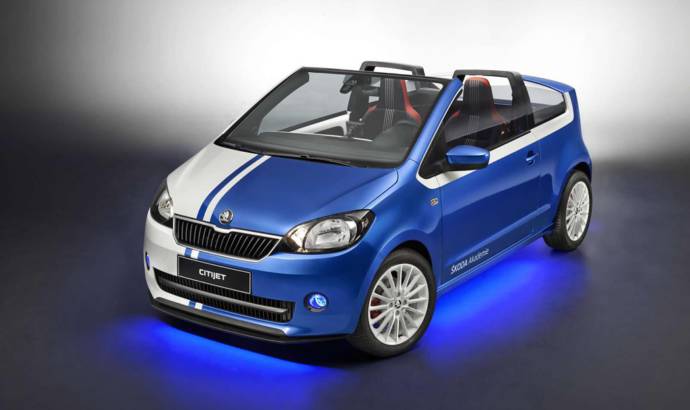 After a series of teaser, Skoda unveiled the new CitiJet concept, set to make its world debut during Worthersee Festival next week.

As we told you earlier, the new Skoda CitiJet is the work of 16 apprentices, supported by Skoda Head Designer Jozef Kaban and his team.

Based on the current Citigo model, but with a chopped roof, the new CitiJet addopts distinctive metallic paintwork in blue/white and racy, blue 16-inch alloy wheels, a hand-made rear spoiler and a powerful exhaust with two tailpipes. Unde the hood we have the same 1.0 liter MPI engine, delivering only 75 hp.

The interior is also personalised. It features red-stitched, leather-lined three-spoke steering wheel as well as the leather cover of the handbrake handle and gear knob. The seats and floor mats have a ‘Sport’ material design while the dashboard is painted white/red. A 300 watt sound system is connected to a music-reactive LED lighting. 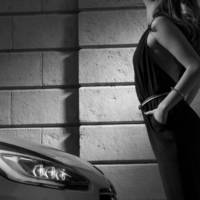 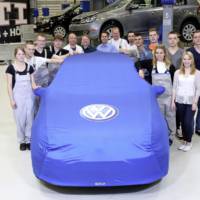