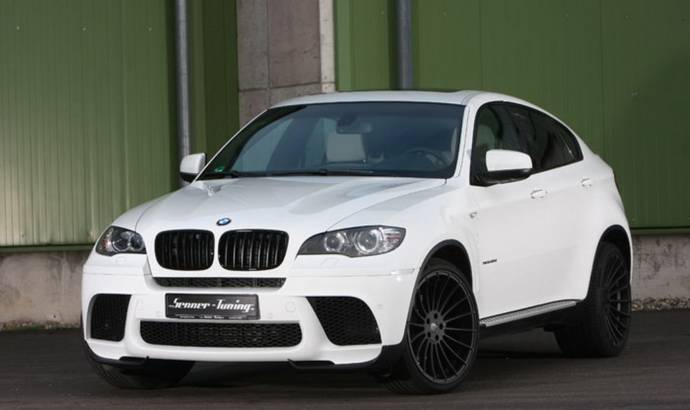 Senner Tuning announced that that last vehicle that passed through their company’s gates was a 2010 BMW X6 4.0D X-Drive Bi-Turbo.
This particular version BMW X6 E71 received an alpine white exterior finish complemented by a modified front bumper with large air intakes, a honeycomb mesh for the kidney grille, a new body coloured diffuser as well as a small rear spoiler.
The Senner BMW X6 sits on 22 inch Hamann Anniversary EVO Black Line wheels wrapped in Continental Sport Contact 5P tires (size 295/30R22 at the front and 335/30R22 at the rear) plus the German crossover has also been fitted with Bilstein B8 shock absorbers and suspension springs which bring down the vehicle’s ride height by 20 to 25 mm.
On the inside the BMW X6 gained a new pedal set and a DVD player while in terms of performance Senner Tuning has abolished the Vmax-lock and added a sport air filter and a remapped ECU. As a result the standard 306 HP (225 kW) and 600 Nm have jumped to 336 HP (247 kW) and 665 Nm of torque.
The price for all the enhancements mentioned above is around 20,000 Euro depending on the wheel set. 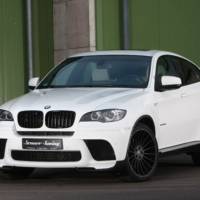 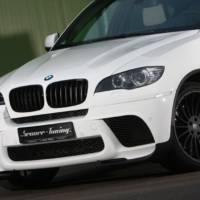 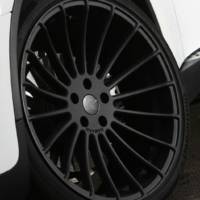 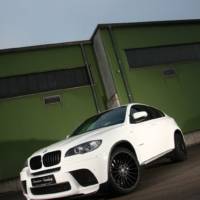 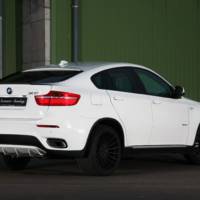 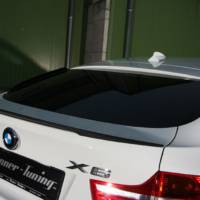 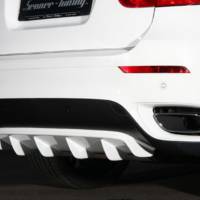 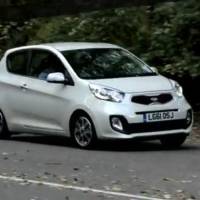 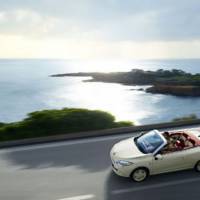