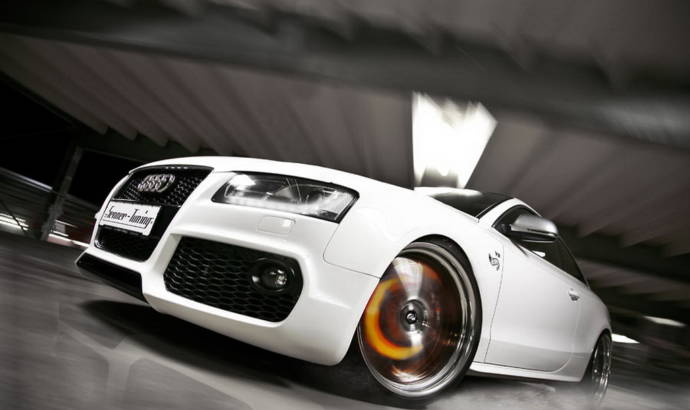 The German customisation shot has applied the ‘art of tuning’ on the new generation Audi S5, fitting it with a decent looking body kit plus an ECU upgrade for an extra power squeeze.
The Senner Audi S5 features a redesigned front spoiler with larger air intakes, a carbon fiber diffuser that integrates the four exhaust pipes, a small boot lid lip, LEDs around the number plate and 21 inch light alloys wrapped in high-performance Hankook tyres.
The Senner Audi S5 a.k.a. the ‘white beast’ has also received lowered suspension that bring the car with 44 mm on the front and 35 mm at the rear closer to the asphalt.
As far as performance the optimized engine electronics enable the Senner Audi S5 to produce an additional 30 horsepower and 35 Nm of torque above stock output, which means a total of 384 HP and 475 Nm.
All these modifications performed on the Senner Audi S5 carry a price tag of 18,990 Euros which includes technical inspection fees.
Senner Tuning press release :
The German art of tuning: a worthy example is the new S5 that had taken the form of a truly individual “sports car” in the hands of Senner Tuning AG tuners from Ingelheim. Apart from the decent design kit, Senner Tuning still has various upgrades ready to apply on the S5 series.
A front spoiler, stretched deeply below, with a large air inlet in RS5 Look with a well-suited radiator grill, designed in the form of cells, contributes to the perfect car body along the sliding air streams and optics. Additionally, we can find a rear spoiler lip at the body, as well as a rear apron unit performed in Carbon Look by Rieger tuning house. To make the appearance complete, the car is equipped with modern LED back lights, and a number-plate light has light-emitting diodes in clear white, too.
But this is still not enough. As the name “white beast” implies, not only the optics but also the engine power have been upgraded. With parametric surface optimization, performance air filter plug-in package and exhaust system, additional 30 ph and 35 Nm are now available for Audi S5, and the overall power now makes 384 ph and 475 Nm.
Furthermore, the speed limitation of 250 km/h was raised, so now the car can reach the full 285 km/h. The acceleration up to this speed was boosted by the Power Converter, an electronic module of acceleration of the signal from the gas pedal.
The corresponding sound of the newly acquired power is produced by the Senner Tuning exhaust system which emphasizes the car’s sport-style appearance optically, too, with its four exhaust pipes of high-grade steel. The exhaust system includes a sport exhaust silencer and an X-pipe and is provided with an EU grant for vehicle operating.
To make the performance of the reinforced motor core optimal for the street and allow no losses, the craftsmen from Senner Tuning use lowered suspension springs with 40-mm suspension at the front axle and 35-mm suspension at the rear axle which also create a nice-looking aspect between the body and the rims.
In addition, giant and two-parted 21-inch polished light alloy wheel rims Work Varianza T1S in diamond black, that were produced exclusively for Senner Tuning, find their application with the white beast. High-performance tyres by Hankook with an S1 Evo label, as big as 255/30 R21 and 295/25 R21, were installed on 9×21“ and 10,5×21“ rims. And there is no need to adjust the wheel arch edges!
The interior has also undergone some changes. A carbon fiber interior package, including the tachometer display screen, sticks out from the rest. There is also a fancy foot mat of high-quality velour – this is where sport ambitions merge with individuality.
The cost of the whole renovation kit is 18,990 Euro including technical inspection fees! 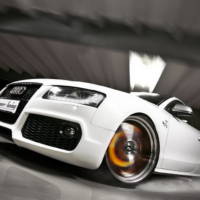 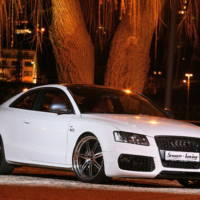 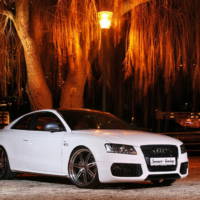 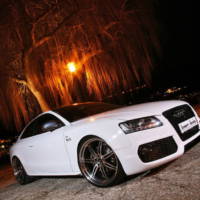 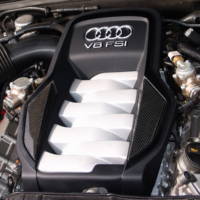 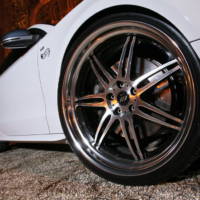 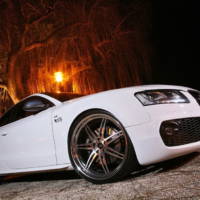 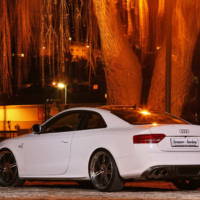 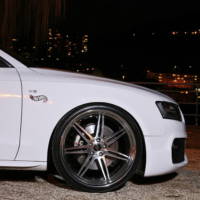 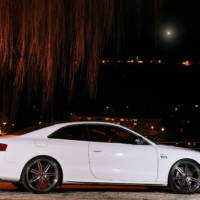 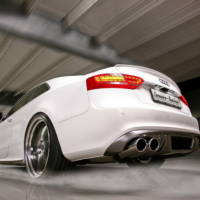 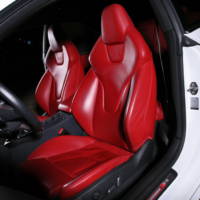 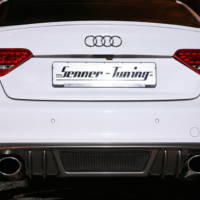 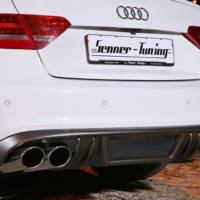 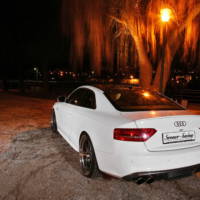 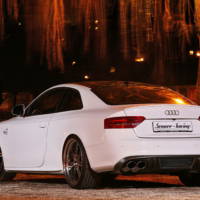 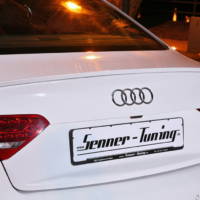 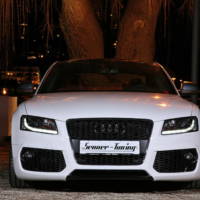 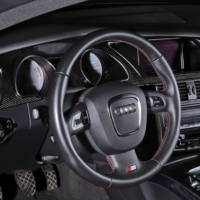 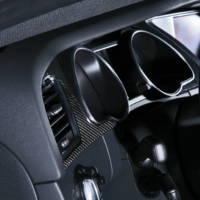 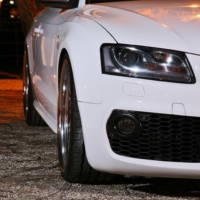 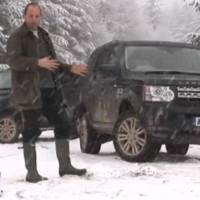 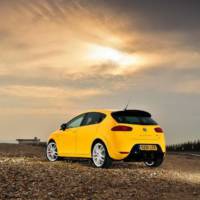