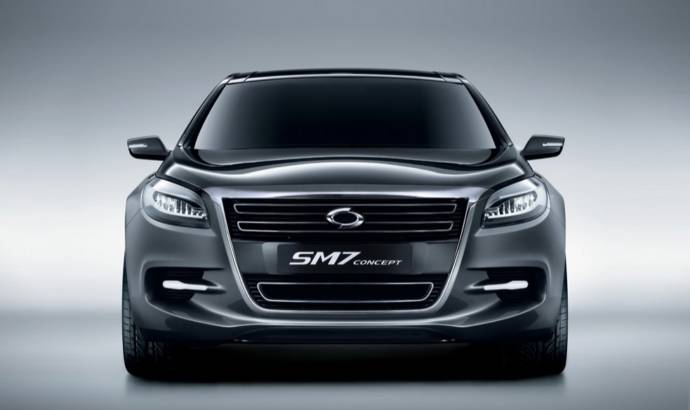 It’s a phone, it’s a tv…no, it’s a sporty sedan from Samsung. This is the Samsung SM7 Concept which was teased last week, and which was unveiled today at the 2011 Seoul Motor Show.
Samsung Motors is Renault’s subsidiary on the Korean market, and their SM7 Concept previews the next generation sporty sedan which will compete in the E segment from 2012.
As the photos show, the SM7 represents a big step forward when compared to the previous generation, in both design and the overall premium feel that it radiates, with some of its features including a prominent front grille and the single line taillights that kind of remind of the new Saab 9-5.
At this point it is still unclear on which markets besides Korea will the Samsung SM7 be sold on, but considering its design looks adapted to European preferences as well, we might see it sold on the ‘old continent’ as a Renault.
We’ll be back with more photos and technical specifications as soon as the automaker will make the available. 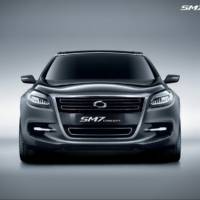 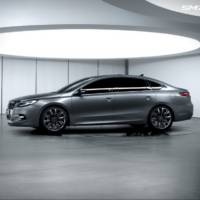 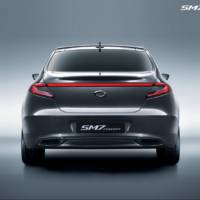 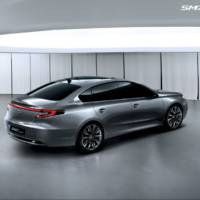 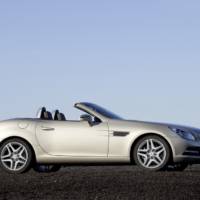 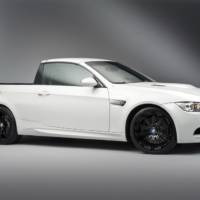