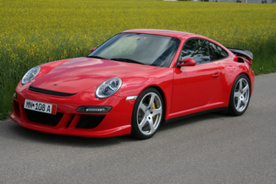 The German tuning house RUF has continued improving the Porsche 911 GT2, and released details with their latest creation, the RUF Rt 12 S that features impressive technical enhancements as well as discrete exterior modifications.
The RUF Rt 12 S Porsche 911 GT2 has a refined biturbo boxer engine under its bonnet that can output no less than 685 hp (504 kW) and 880 of torque giving it the ability to reach a top speed of 360 Km/h. Other performance upgrades include an optional adjustable front axle that offeres 50 mm extra chassis clearance by the push of a button.
On the outside the RUF Rt 12 S Porsche 911 GT2 has been fitted with separate LED alternative lamps for the position light and turn signals, a new carbon fiber rear spoiler, air intakes on the rear fenders, new exterior mirrors from the RUF CTR 3 version as well as 19 inch light alloy wheels. Interior mods for the RUF Rt 12 S Porsche 911 GT2 include a choice of extremely contoured bucket seats or comfortable sport seats plus a roll cage integrated in the ceiling developed by RUF which is part of the standard equipment.
Price for thr RUF Rt 12 S coupe based on the Porsche 911 GT2 is 255,000 Euros plus tax and the car can optionally be delivered with rear drive or four-wheel drive. 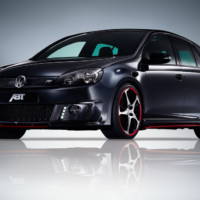 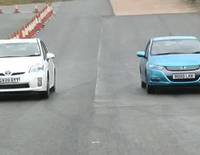