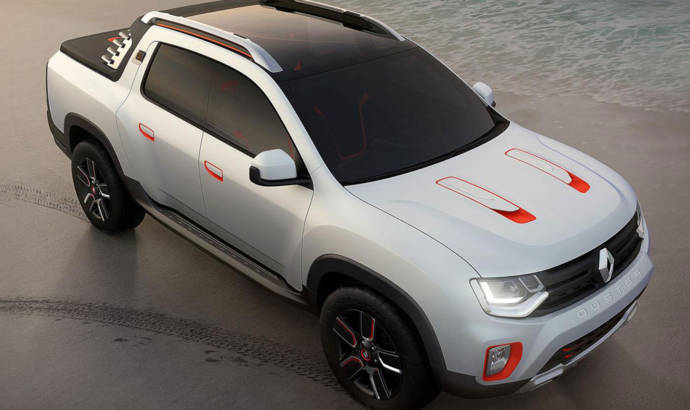 Renault unveiled the new Duster Oroch concept during this year Sao Paulo Motor Show. The concept announces a crew cab pick-up wearing the Renault badge and based on the current Duster. The car wants a bite of the light commercial vehicle market in South America, representing just over 920,000 units.

The Duster Oroch concept was designed in Latin America under Laurens vand den Acker direct observation and uses an exclusive combination of satin-finish white and touches of orange which highlight its sporty personality and the inspiration taken from the world of kitesurfing.

The large front and rear bumpers, the fully-integrated roof rails that protect the panoramic glass sunroof and the layout that has been specially designed to safely stow several kitesurf boards make the Duster Oroch an adventurous pick-up.


Renault Duster Oroch offers a spacious cabin, high ground clearance, 18-inch wheels (255×60 R18) and broad side protective mouldings. The dashboard features a multimedia screen which displays in real time the images captured by the two cameras installed in the rear of the dual cab outside the vehicle.

“The Renault Duster Oroch is a concrete illustration of our strategy to develop products tailored to our Latin American markets,” explains Denis Barbier, Senior Vice President, Chairman of the Americas Region. “Based on the Renault Duster, which is one of our best-selling models in the region, the show car explores the world of pick-ups – a segment we’re absent from at the moment but which totals around 900,000 vehicles sold each year.” 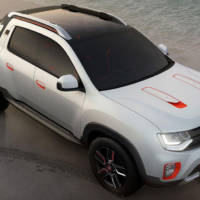 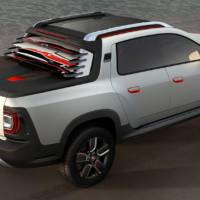 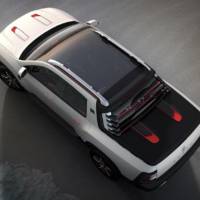 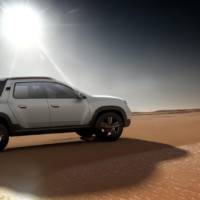 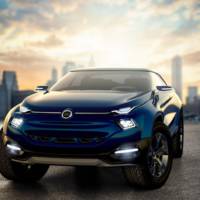 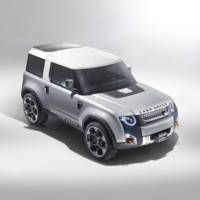