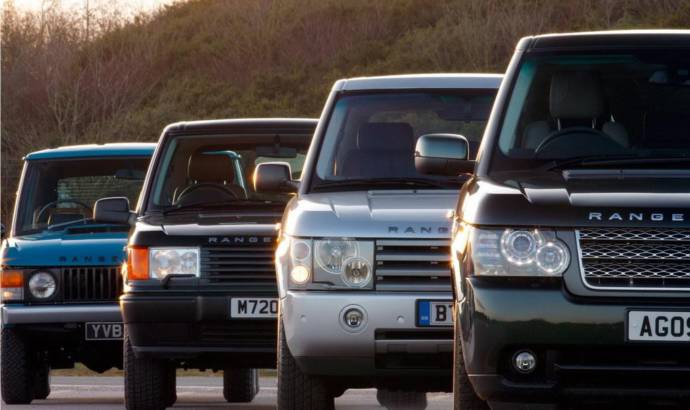 The iconic Range Rover turns 40 this month so the British automaker has published a brief history with numerous facts and details on how the world’s first off-roader came to life and the numerous improvements and innovations developed over time.
The first Range Rover also known as the Classic went on sale in 1970 followed by the second generation P38a which went on sale in 1994. The second model line, the Range Rover Sport which was introduced in 2005, was also a great success as it was the company’s biggest selling vehicle worldwide in 2007.
Over the years the Range Rover has appealed celebrities, princes, politicians, rock starts, soccer players, fashion models and many more and on the list of owners there are figures like the Queen of England, Prince Charles, Paul McCartney, Brice Willis, Michael Jackson, Madonna, David Beckham, Miley Cyrus and others.
Gaydon, Warwickshire, 1 June 2010 – The Range Rover
will celebrate its 40th birthday on 17 June, 2010. One of the
most significant vehicles in the history of motoring, the Range Rover
was the world’s first vehicle as good on-road as off-road. It was the
first fully capable luxury 4×4 and was a milestone in the development of
the SUV (Sport Utility Vehicle).
"Land Rover has a unique history of product innovation. But the Range
Rover probably remains the most historically significant vehicle we
have ever launched. It is one of the most important vehicles in the
history of motoring." Phil Popham, Land Rover Managing Director.
There have been three generations of Range Rover. The original, now
known as the Classic, went on sale in 1970 and continued in production,
with numerous upgrades and a multiplicity of variants, for just over 25
years.
The second-generation vehicle, known as the P38a, went on sale in
1994 and was replaced in 2001 by the current model. The continuing
success of the Range Rover ensured that other premium makers jumped into
the booming luxury SUV market. The latest version has enjoyed higher
annual sales than any previous models and continues to be popular around
the world. Sold around the world, from London to Los Angeles, Sydney to
Shanghai, Turin to Tokyo, the Range Rover remains the ultimate choice
for the luxury SUV customer.
"The Range Rover is really four vehicles in one," says managing
director Phil Popham. "It’s a seven-days-a-week luxury motor car; a
leisure vehicle that will range far and wide on the highways and noways
of the world; a high performance car for long distance travel; and a
working cross-country vehicle."
From princes to politicians, from rock gods to rock climbers, from
footballers to farmers, the Range Rover has always appealed to a diverse
group of customers.
A second model line, the Range Rover Sport, was launched in 2005,
aimed at more sports-oriented driver-focused customers. It has been a
great success, and in 2007 was Land Rover’s biggest selling vehicle
worldwide.
Later this year, a further member of the Range Rover family will be
added, taking the portfolio to three model lines. The new vehicle will
be smaller, lighter and more fuel efficient, tying in perfectly with the
Range Rover brand’s commitment to environmental sustainability. Yet it
will be no less premium, no less luxurious, and no less special than the
other Range Rover models.
A Brief History

…and many more
40 year of Range Rover video : 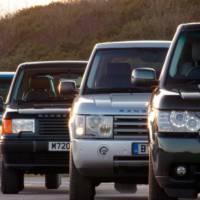 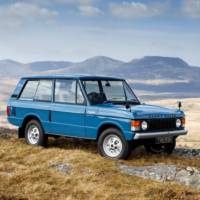 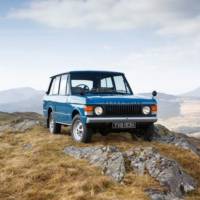 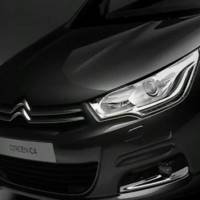 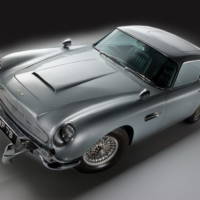