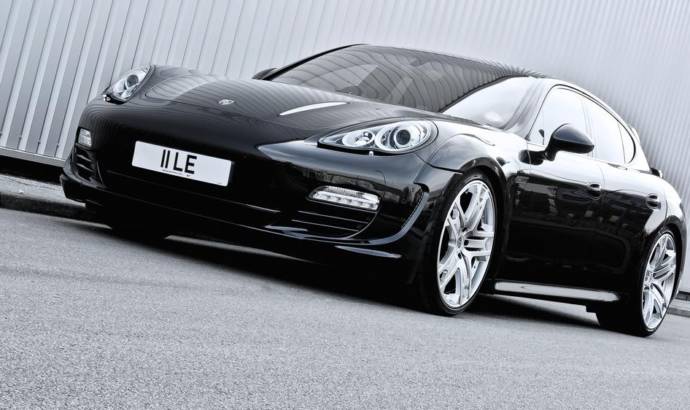 The British tuner Kahn Design has created a new styling package for the Porsche Panamera. The new model made by Kahn Design is based on the pre-facelift Panamera who hides under the hood the V6 3.0 liter diesel engine.

On the outside we see a redesigned front spoiler, front and rear wide vented wheel arches, a massive boot wing and liquid gold brake calipers. The British carmaker also comes with an upper roof wing and special head and taillights.

As a final touch we see a dual exhaust system and some Kahn RS-R alloy wheels. Inside the car we see quilted and perforated black leather seats with Alcantara inserts. There is also some piano black trim while the steering wheel was covered in Alcantara. 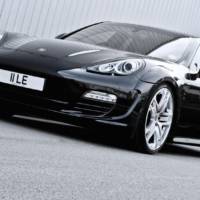 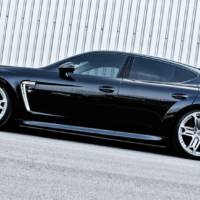 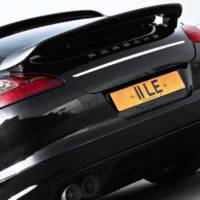 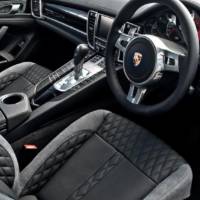 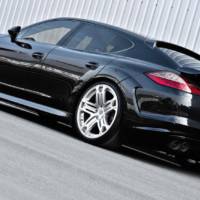 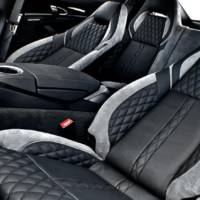 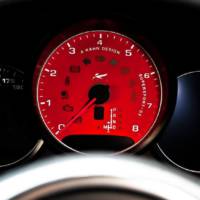 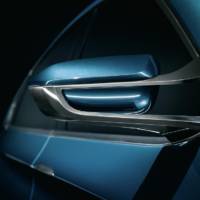 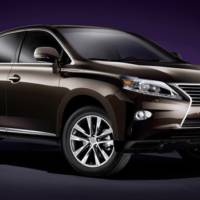