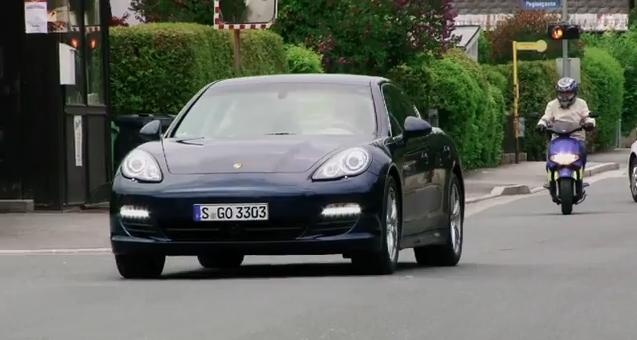 AutoExpress has reviewed the most eco-friendly version Panamera, the Porsche Panamera S Hybrid, which, even though it sounds really hard to believe, is actually greener than the Kia Venga 1.6-litre automatic.
Equipped with a 333 horsepower 3.0-litre supercharged V6 and a 47 horsepower electric motor, the Porsche Panamera S Hybrid claims it can return 41.5 mpg (UK), while its CO2 emission levels are of just 159 grammes per Km.
The nought to 62 mph acceleration time for the Panamera S Hybrid is 6.0 seconds, and the top speed is 168 mph, which is pretty good considering the car weights 180 Kg more than the regular V8 due to its batteries.
The Panamera S Hybrid has the ability of running on E Power mode, which means fully electric, and can also disengage the engine to freewheel whenever cruising on a slight decline. After conducting their own test, by driving the S Hybrid as eco friendly as possible through the city, the crew from AutoExpress was able to get a fuel economy figure that was even higher than what Porsche claimed the car can do, of 43.5 mpg (UK) while traveling at an average speed of 19 mph. So it is all great news in the consumption department, but sadly thought AutoExpress thinks there is a question that the Porsche Panamera S fails to answer : What is the point of spending 86,000 GBP on a car that should be driven like a Prius?
Secondly, a customer that will spend that kind of money on a car will surely be able to support the added fuel bills of the V8.
Video : Porsche Panamera S Hybrid Review


SEE ALSO:  This 911 was made to honor Mexico's greatest racer
Source: Auto Express via YouTube
Share this 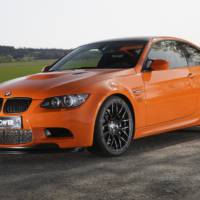 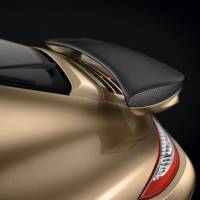