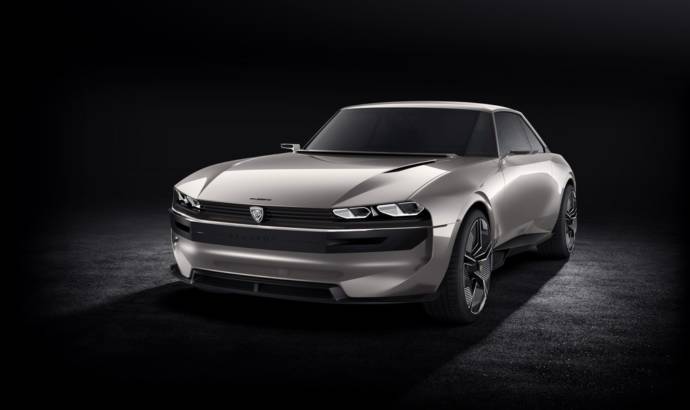 Peugeot will use this year Paris Motor Show, its home auto show, to introduce its fans the vision for an autonomous future. It is already here: a 100% autonomous, electric and connected vehicle called the e-LEGEND CONCEPT.

The PEUGEOT e-LEGEND CONCEPT offers four modes of driving – two autonomous and two manual – which can be selected depending on the road and traffic conditions, as well as the driver’s preference.

SOFT – focuses on the comfort of the vehicle’s occupants, with projection on digital material screens and information displays reduced to a minimum.

BOOST – more dynamic and stimulating driving thanks to a powerful electric engine and 180-degree immersion for the driver, with projection of the road on a single, large screen.

When the e-LEGEND CONCEPT is in either of the autonomous modes, the interior configuration changes, with the steering wheel retracting under the sound bar in order to make the 49-inch central screen fully visible. The front seats recline for extra comfort and the side armrests deploy automatically, freeing up a large storage area and an induction charging area for smartphones and other devices.

SEE ALSO:  Peugeot 108 and 108 TOP offered with a pair of sunglasses

Using the digitised voice of PEUGEOT Style Director, Gilles Vidal, the system works in 17 different languages – a version of this will be available in PEUGEOT production vehicles within two years.

The PEUGEOT e-LEGEND CONCEPT is powered by a 100% electric power train, with the 100 kWh batteries reaching 800 Nm torque and 340 Kw power, distributed to the four-wheel drive.  This level of performance makes it possible to travel 0/100 km/h in less than 4s and reach a maximum speed of 220Km/h. The range is 600 km according to the WLTP protocol, of which 500 km are accessible in 25 minutes thanks to a fast recharge. 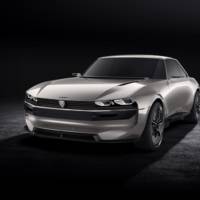 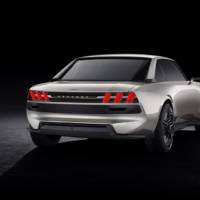 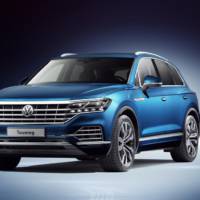 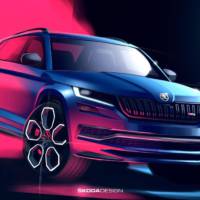