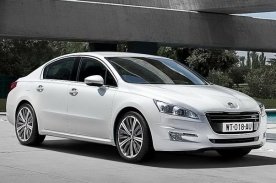 Details of the range, specification, powertrain line-up and pricing
are announced today for the stylish new Peugeot 508, due in the UK in
April 2011.
Available in the UK from launch in both Saloon and SW body styles,
the Peugeot 508 brings to the market a confident, stylish and
well-equipped model range.  Highlights include an elegant design,
powerful, economical and low CO2 engines and the debut of
Peugeot’s new e-HDi Stop & Start System technology. A modern
interior design that is both practical and comfortable for its occupants
is also a strength of the new Peugeot 508 range which will be available
in five trim levels: Access, SR, Active, Allure and GT.
Seven powertrain options will be available on the new 508 at launch.

The HDi 112 diesel engine is available in two versions, with either a
five-speed manual gearbox or Peugeot’s innovative e-HDi Stop &
Start System with a six-speed electronically controlled manual gearbox
(EGC). The fitment of the e-HDi Stop & Start System technology on
the 508 enables customers to reduce fuel consumption (up to 15% in urban
driving) and with the fitment of the EGC gearbox it produces just 109
g/km of CO2 in the Saloon and 110 g/km in the SW version.
The Peugeot 508 is also available with two different front suspension
configurations. An all-new pseudo McPherson type front suspension will
be the main option on the majority of the 508 range. As well as improved
driveability this new set-up reduces weight, as it is 12kg lighter than
the design featured on the Peugeot 407.  The Peugeot 508 ‘GT’ model
features a drop link double wishbone front suspension advancing the
suspension design similar to the 407. The use of a linked double
wishbone helps separate suspension and steering forces to improve road
holding and steering accuracy.
At the rear, the entire range is equipped with multi-arm suspension.
This is designed to ensure excellent efficiency with maximum body
control and ride comfort due to its superior control of longitudinal and
transverse forces.
Peugeot 508 Saloon and SW pricing 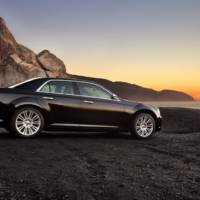 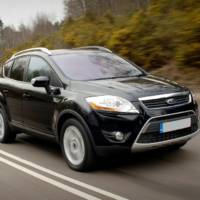