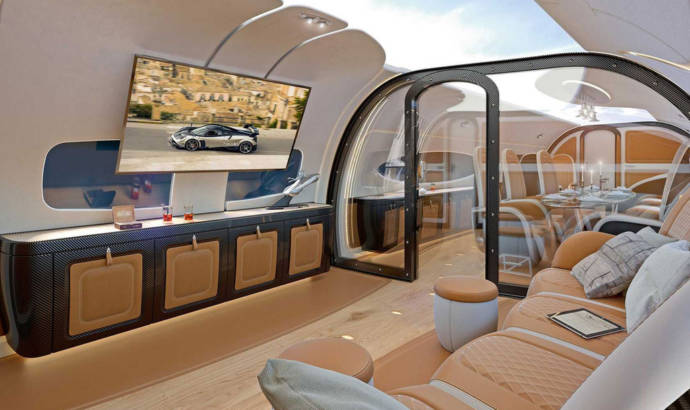 Pagani designed the cabin of a private Airbus

Only few manufacturers dare to dream of designing the interior of an airplane. It is far more complicated and demanding. But Pagani, even if a small brand, managed to create a one-off Airbus airplane. It is a ACJ319neo product, that was named Infinito after the work of Pagani.

A key feature of the Infinito cabin is its sky ceiling, which can bring a live view of the sky above the aircraft into the cabin – or display other images. This creates even more of a feeling of airiness and space, truly living up to the name Infinito, which means infinity in Italian.

Pagani’s design team created the initial Infinito design, including its look and feel, while Airbus Corporate Jets’ designers contributed their experience in aircraft design and compatibility.

Curves inspired by nature form a pathway through the cabin, as well as featuring in the shell-shaped valances and walls between zones – including one between lounge and conference areas, which switches from opaque to transparent at the touch of a button.

Decor is reminiscent of that gracing Pagani hypercars, with natural soft-leather carpets and a wooden floor contrasting with man-made carbonfibre in furniture and wall-frames – echoing the combination of art and science originally espoused by Leonardo da Vinci. 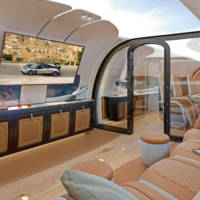 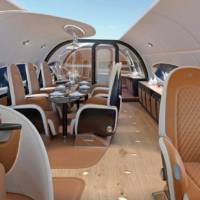 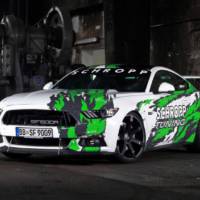 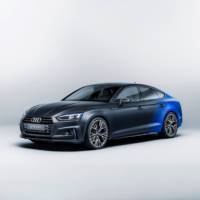