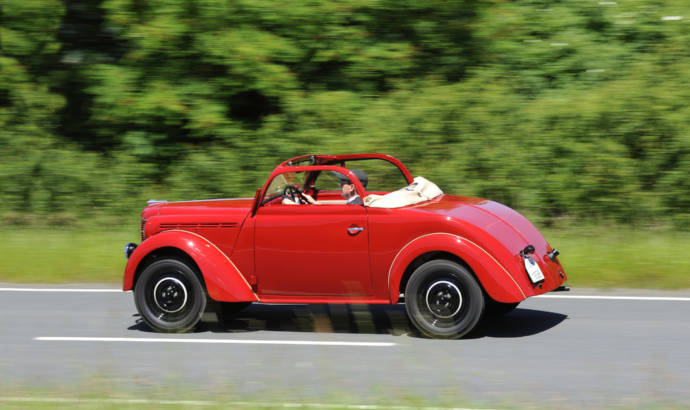 Opel decided to introduce us to one of their 70 year old two-seat convertible concepts. As the story goes, photos with the Opel Kadett Roadster were found in an old data base and the prototype that was built in 1938 was based on the first Opel compact class model never made it to production.
An old brochure that was found in old archive record showed than the Opel Kadett Roadster was ready for its market launch but the project wasn’t finalized due to a shortage of steel before WWII. Technical specifications indicate that the car was supposed to be powered by a 1.1-litre engine that produced 23 HP that was linked to a 3-speed transmission and could reach a maximum speed of 98 Km/h.
If all this seems fascinating then you have to know that the Opel classic experts decided to build the Opel Kadett Roadster 70 years after its initial development and the car will be showed for the first time at the Oldtimer Grand Prix classic car event on August 7 – 9 at the Nurburgring.
Opel press release :
With an automotive history spanning 110 years, Opel is one of the most tradition-rich brands in the industry. Over so many years, some developments are forgotten along the way and reappear again much later down the road. As the company prepares the start of the 10th compact class generation with the new Astra, pictures of an unfamiliar Opel roadster were discovered in an old data base. Opel classic car experts’ research shows that Opel engineers built the prototype of a two-seat convertible in 1938, evidently based on the first Opel compact class generation, the Kadett from the 1930’s. The name of the car is noted on the pictures that were found: Kadett Two-Seat “Strolch”, which means vagabond.
The chic, charming roadster never made it to series production. The old minutes from a management meeting indicate that this project wasn’t pursued due to a scarcity of steel before WWII and to relatively low numbers of units in this segment. But evidently Opel was already well prepared for the market launch, as evidenced by a brochure found in old archive records. Ready for printing, the brochure proudly presented the technical details of the Strolch powertrain: 1.1 liter displacement, 23 hp, three-speed transmission, maximum speed 98 km/h. But prototypes of the roadster were not included.
The Opel classic experts were so fascinated by the 3.62-meter long study that they came up with the idea of producing the Strolch 70 years after its was initially developed. In this way they could also demonstrate that even back during the first compact class generation, Opel engineers put a tremendous amount of imagination and passion into their work on new models.
A normal Kadett from 1938 in the classic car collection that has served as a source for spare parts is to be used as the basis. The technology specialists in the classic team immediately started in on their new project. Particularly challenging were the design of the aerodynamic rear and work on other body parts that were not part of the Kadett series. Building the folding fabric top without detailed plans required a lot of imagination and technical skills, especially because the only reference materials were the old pictures.
But the engineers managed to elicit even some of the old pictures’ secrets. In order to determine the color of the old prototype, the historical black-white pictures were put through a precise greyscale analysis. This showed that the original Strolch was a bright red.
The new old Strolch will now be shown at classic car events, for instance at the Oldtimer Grand Prix from August 7 – 9 at the Nürburgring. With this Opel presents another facet of the first successful Kadett from the 1930’s that was also offered as a convertible sedan. 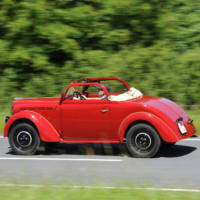 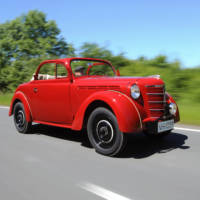 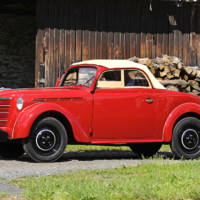 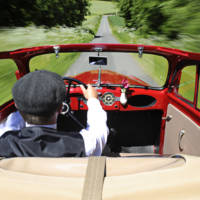 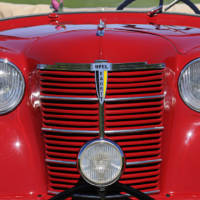 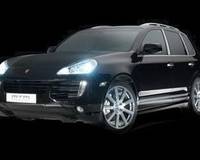 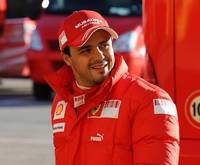