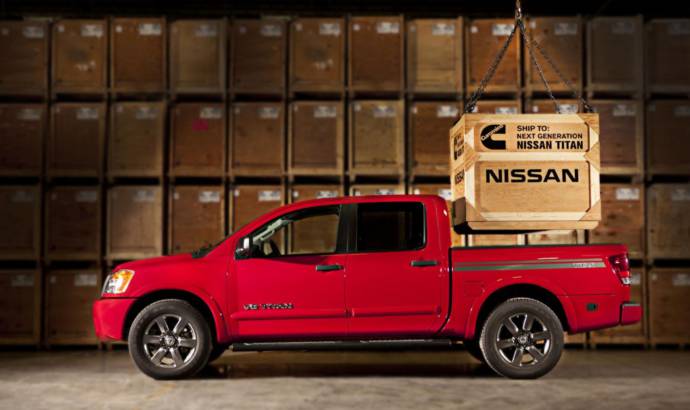 At the kickoff of Nissan 360, an industry showcase of Nissan’s global product and technology portfolio, the company announced it will offer a newly-developed Cummins V8 turbo diesel in its next-generation full-size pickup.

Now in the latter stages of development and testing, the available Cummins 5.0L V8 Turbo Diesel engine has been optimized for the next generation Titan as a result of the partnership between Cummins and Nissan. Cummins also is developing a version of the engine for its commercial vehicle customers.

Nissan has previously announced the next-generation Titan will add powertrain options and cab-and-box configurations to broaden the appeal of the new truck when it comes to market.

With a torque rating in the mid-500s (lb-ft) and more than 300 horsepower, the Cummins 5.0L V8 Turbo Diesel will provide light truck customers the combination of towing capacity and mileage that is expected in the highly-competitive North American truck marketplace.

The Cummins 5.0L V8 Turbo Diesel will be built in America’s manufacturing heartland at the Columbus Engine Plant, in Columbus, Ind., Cummins headquarters. This plant has the latest technological innovations to continue the 90-plus year tradition of building the highest quality Cummins engines.

SEE ALSO:  Nissan wants to be carbon neutral by 2050

Like the current model, the next-generation Titan will be built at Nissan’s Canton, Miss. vehicle assembly plant and its gasoline engines cast, forged and assembled at Nissan’s Decherd, Tenn. powertrain plant.

For competitive reasons, Nissan is not announcing launch dates at this stage in the truck’s development, however engineering prototype trucks powered by the Cummins engine are currently undergoing extensive on-public-highway performance and durability testing.

Further information on the upcoming Titan truck and Cummins engine will be released at a later date. 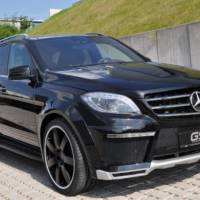 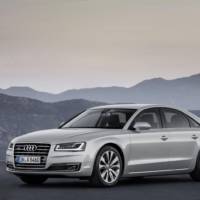