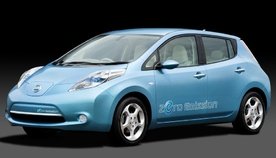 The Nissan LEAF price for UK was announced today, together with other European markets like the Netherlands, Ireland and Portugal.
The Nissan LEAF is a zero-emission 5-passenger hatchback equipped with features like air conditioning,
sat-nav, a parking camera, a quick charge socket and
innovative smart-phone connectivity.
The Nissan LEAF UK price starts at 23,350 GBP (24,471 Euro) or 28,350 GBP (33,353 Euro) when including the batteries, with sales scheduled to begin in February 2011, but customers will be able to stat making reservations from July 2010.
For information regarding the Nissan LEAF price for the Netherlands, Ireland and Portugal check out the official press release below.
Nissan press release :
ROLLE, Switzerland (May 17, 2010)—Nissan International SA today
announced that the all-electric Nissan LEAF will be priced at under
30,000 Euros (25,641 Pounds) after incentives
in most of its European launch markets – about the same as a
comparably-equipped diesel or hybrid vehicle.
The company also announced specific prices for the UK, Netherlands,
Republic of Ireland and Portugal, the four initial European launch
markets for the Nissan LEAF. Reservations will begin in July.
The Nissan LEAF is a compact, zero-emission five-passenger family car
that comes fully equipped with features such as air conditioning,
satellite navigation, a parking camera, a quick charge socket and
innovative smart-phone connectivity.
“Nissan leads the industry by being the first automaker to offer an
affordable zero-emission car. It’s a pure electric vehicle, with no
tailpipe emissions and very low running costs. Nissan LEAF may look
similar to a compact family car, but its smoothness, acceleration and
handling will surprise and impress drivers and passengers alike,” said
Simon Thomas, Senior Vice President, Sales and Marketing, Nissan
International SA.
In the United Kingdom, the purchase price of the
Nissan LEAF would be 23,350 Pounds (27,471 Euros)after
government incentives. The price, which includes the battery, is 28,350
Pounds (33,353 Euros) before incentives. The UK government
recently announced that it will refund 25 percent of the purchase price
of a pure electric vehicle, up to a limit of 5,000 Pounds. The Nissan
LEAF goes on sale in the UK in February 2011.
An array of other incentives can further defray the costs and
increase the benefits of owning the Nissan LEAF. In the UK, EV customers
benefit from advantages including zero vehicle excise duty and zero
company car tax for five years. This, combined with significant savings
in fuel costs of about 600 Euros (513 Pounds) on average annually in
Europe versus a traditional car, makes the Nissan LEAF an affordable and
compelling proposition.
The purchase price in the Netherlands will be 32,839
Euros (28,068 Pounds). Here, subsidies will take the form of
zero vehicle registration and road taxes, resulting in tax savings of
6,000 Euros for private car owners and 19,000 Euros for company car
owners over five years. Sales in the Netherlands begin this December.
The price in the Republic of Ireland is 29,995
Euros (25,637 Pounds) after 5,000 Euros in government
incentives. Buyers will be exempt from vehicle registration tax, which
can amount to as much as 3,800 Euros on a C-segment car. Sales in
Ireland begin in February next year.
The price in Portugal is 29,955 Euros
(25,603 Pounds) after 5,000 Euros in government
incentives. Portuguese customers owning the Nissan LEAF benefit from
road tax exemption. Sales in Portugal begin this December.
Nissan has decided to launch in these countries first due to
significant government incentives for electric cars, and the ongoing
development of charging infrastructure for their successful adoption. By
the end of next year, Nissan LEAF will be available in every major
Western European country.
“The Renault-Nissan Alliance is investing over four billion Euros to
lead the auto industry in electric vehicles, with eight products across
three brands,” said Simon Thomas. “This investment includes five battery
plants and seven confirmed assembly plants, including Sunderland in the
UK. This reflects the strong commitment the alliance has made to
electric vehicles and our determination to lead the market.”
To ensure a place in line when Nissan begins taking reservations in
the four initial markets, customers in those countries should
pre-register on their local Nissan consumer website.*
In addition to purchasing the car outright, customers will also be
able to buy the car on a Nissan finance plan. Details of the
all-inclusive acquisition method will also be released in July.* 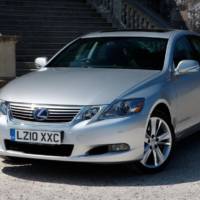 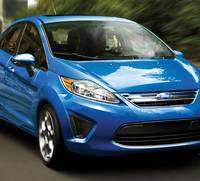